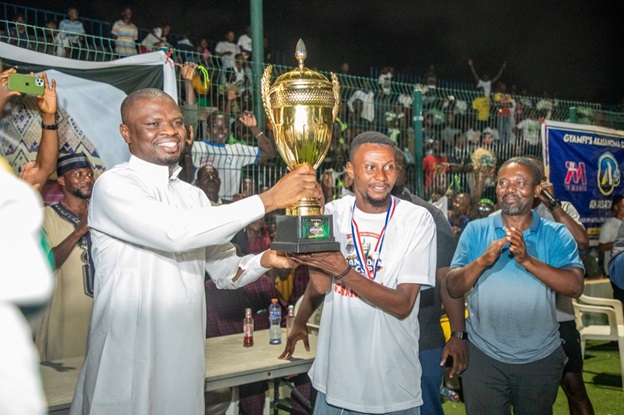 Kasoa have won the Sheikh Sharubutu Ramadan Cup for the second year running, after defeating debutants, Kaneshie Night Market, on penalties to lift the 2022 edition over the weekend.

Kasoa emerged, by far, the best side of the tournament with a flawless record, which saw them register their recent superiority in the annual competition played at the end of Ramadan by Zongo communities across the country.

In a thrilling 28-team two-day soccer festival at the Sharubutu Complex at Fadama in Accra, the Central Regional side swept all their opponents aside to lift the trophy for the second time in the tournament’s history, equaling Ashaiman’s record.

Kasoa won the trophy last year, and they made clear their intentions of retaining the trophy in their opening match against Tema Zongo, by defeating the port side 2:0 on Saturday to progress to the next stage of the competition.

Kasoa continued the defence of their title with impressive wins against Nungua Zongo, Ofie Akuapem Zongo and Cow Lane in the second round, quarter finals and semi finals respectively.

Kaneshie Night Market community, located between New Fadama and North Kaneshie, got a late invitation to the tournament after Northern Region’s Yendi could not show up on Saturday due to circumstances beyond their control.

The late entrants rather proved to be the revelation of the tournament after surprising everyone.

But Kasoa showed their superiority over them in penalty shootout, after the finals ended 0-0 in normal time.

Interestingly, the grand finale was played under floodlight at 10:30pm, with thousands of fans staying on to watch.

The finals also attracted personalities, including the Minister for Youth and Sports Mustapha Ussif, Chief Executive Officer of the Zongo Development Fund, Arafat Sulemana, sports icons and representatives of the National Chief Imam.

For the first time, a community from the northern part of the country, Salaga, participated in the competition aimed at fostering unity among communities.