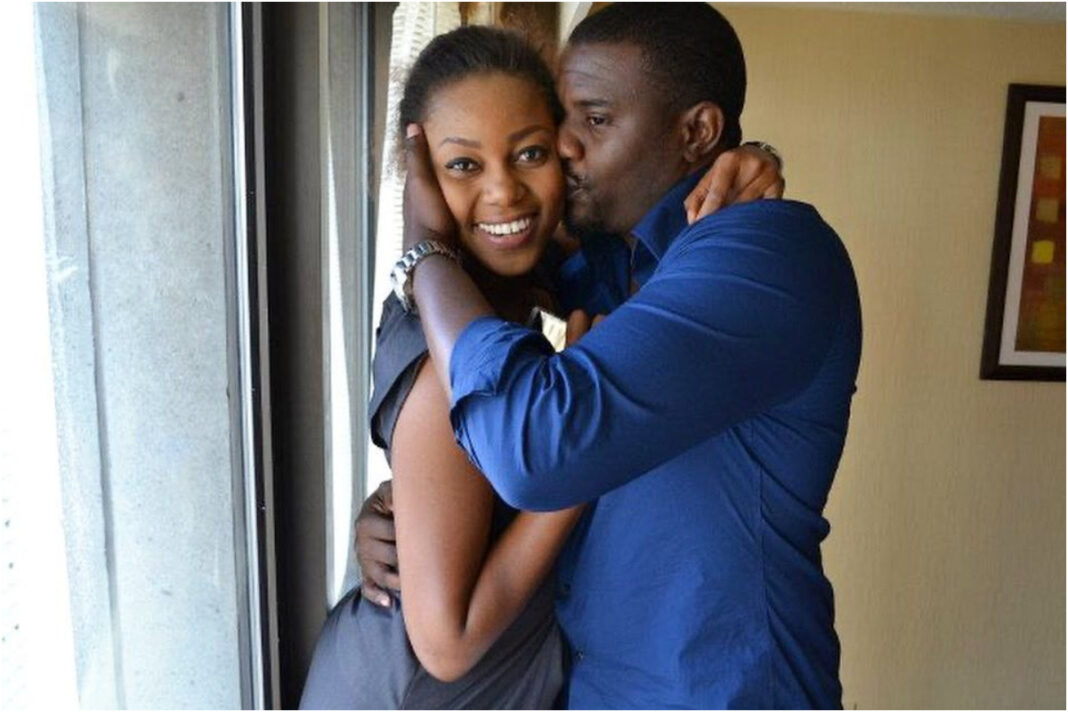 John Dumelo has been seen in a compromising situation with colleague Yvonne Nelson as he plants a passionate kiss on her cheeks.

The duo who recently featured in the movie Fifty Fifty, written and directed by Yvonne- were seen in a video shared by mainstream blogger Zionfelix spending a romantic moment.

Yvonne sat on John’s lap while he tilted his camera to capture the moment. It turned out that she had no idea John was filming the process as she had initially thought he was only taking a photo.

Elsewhere, Shatta Michy has explained the main reason why she pulled a gimmick recently during her birthday.

Michy said she pulled the pregnancy prank just to drum home a very important message to fans of celebs. While appearing on United on UTV recently, Michy had this to say;

“I was feeling mischievous on my birthday and yeah when you (media), me, you deal with me very well, so I was like let me play with you all a little bit. It was a harmless prank, that didn’t take me to Ankaful, we thank God for that,” she stated.

The Ghanaian actress, singer and entrepreneur caused a stir recently when she posted a photo showing he protruding belly on her birthday which greatly surprised everyone.

Moreover, she disclosed that what she did is a subtle reminder to all of us that celebs fake their lifestyles to suit a particular agenda on social media hence they should never believe most of the things they see online shrouding celebrities.

“If I could fake that, anybody can fake their lives. Celebrities lie, they fake lives, and everybody lies. Just stay focused on your journey. Watch what they do as entertainment, but don’t say ‘wow, I wish I could be them’. They probably have more issues,” she concluded.