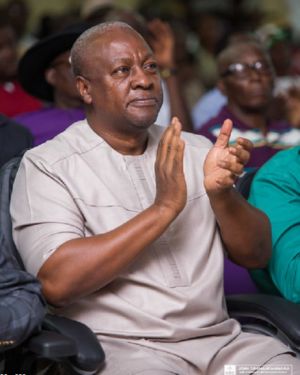 Former President John Dramani Mahama has said Ghana has become the gold standard of elections since it started conducting elections in 1992.

According to him, the EC is prided as one of the best on the continent after holding several elections successfully.

“We have held several elections since 1992 in Ghana. Ghana has become the gold standard for elections, and our electoral commission is prided as one of the best on the continent.”

Also speaking on corruption in Ghana, he said even though Ghana has the institution to fight corruption, the right leadership is needed to make sure these organizations are working.

“We have the state institutions that fight corruption but we need the political will to be able to do that, and so it is not about having the right set of law and the agencies to do it but it needs leadership to make sure that these organizations are working.”