Court referrals will ensure civil servants do the right thing—PAC 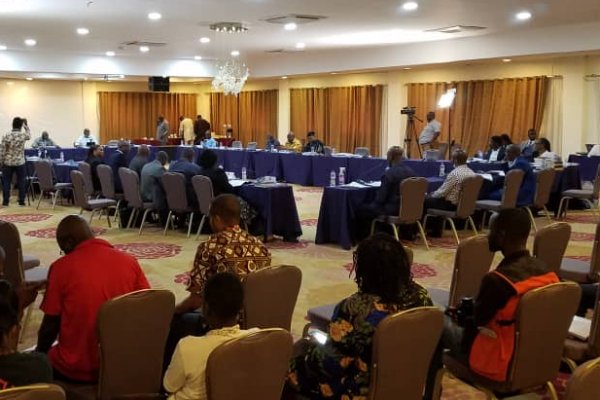 Ho. May 17, GNA – The Public Accounts Committee (PAC) is touting the prospects of its resolve to enlist the help of the law courts in improving financial management prudence within the public sector.
The Committee is raising air with the recent spate of referrals to the Attorney General, public institutions that were found guilty of procurement breaches and other financial irregularities during its nationwide tour to consider the 2018 Auditor General’s Report.
More than 150 institutions and individuals have been referred under the 2018 report so far.
Mr. James Klutse Avedzi, Chairman of the Committee, said during a courtesy call on the Volta Regional Minister ahead of its session in Ho, that audit recommendations had been largely ignored in the past and the laws overlooked.
He said the PAC therefore considered it timely to seek legal support for its efforts.
“We have decided to let the law take its course, and we are referring culprits to court for decision.
We are doing that to encourage civil servants to do the right thing, so those who go against procurement laws would go to court,” the Chairman said.
Mr. Rockson Dafeamekpor, MP for South Dayi, and a Member of the Committee, told the GNA during on the sidelines of the first sitting, that institutions continued to consider the essence of the audits lightly, and year by year, repeated most infractions flagged.
He said turning to the Law delivered some visible feedback, and was hopeful financial leakages sinking the public sector would be sealed.
“People are panicking now when coming to the Public Accounts Committee, and it is good enough for sealing the heavy hemorrhage of funds of public institutions,” the MP stated.
The Committee begun the session in Ho, which would cover institutions in the Greater Accra, Eastern, Volta and Oti Regions, with pre-tertiary institutions, some of which were referred to the AGs Office for prosecutorial advice.