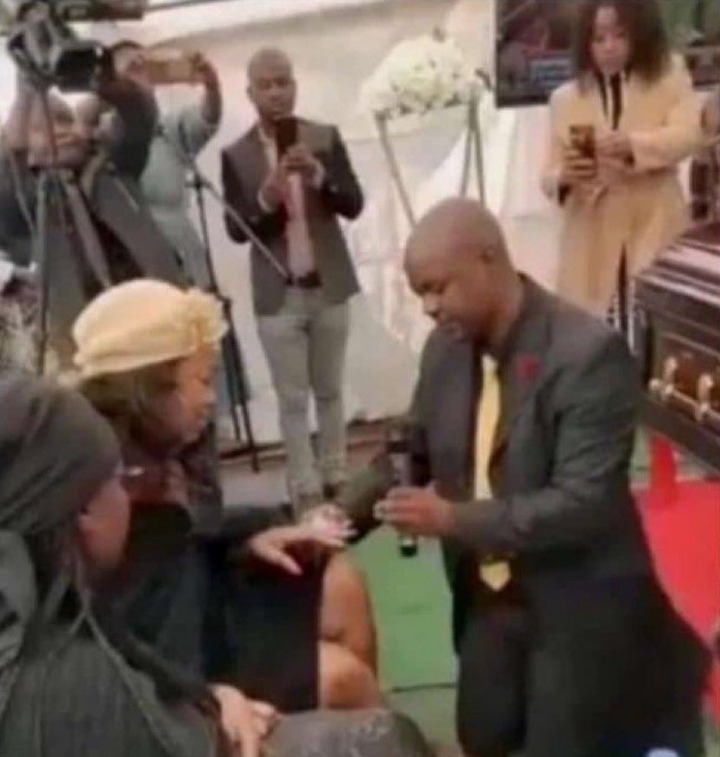 Just when you think you have seen it all in this life, someone from nowhere does something that makes you reconsider your thoughts. People are going the extreme end to do stuff, and looking at the behavior most people put up, you just wonder what must have been going on through their minds.

What makes his move very childish is the fact that, the person he proposed to is the mourning widow. Wonders shall never end, they said. Very well said.

This is making people assume the man might have a hand in the death of the husband. Well, nobody knows and nobody can conclude until it is well proven.

Others think maybe there was an agreement before the death. Even if there was, I think proposing at a funeral is rude and inappropriate. The purpose of a funeral is to pay respects to the departed one, and the mood is sober so, trying to pull up a move like this is just shallow.

Below are some comments netizens made;