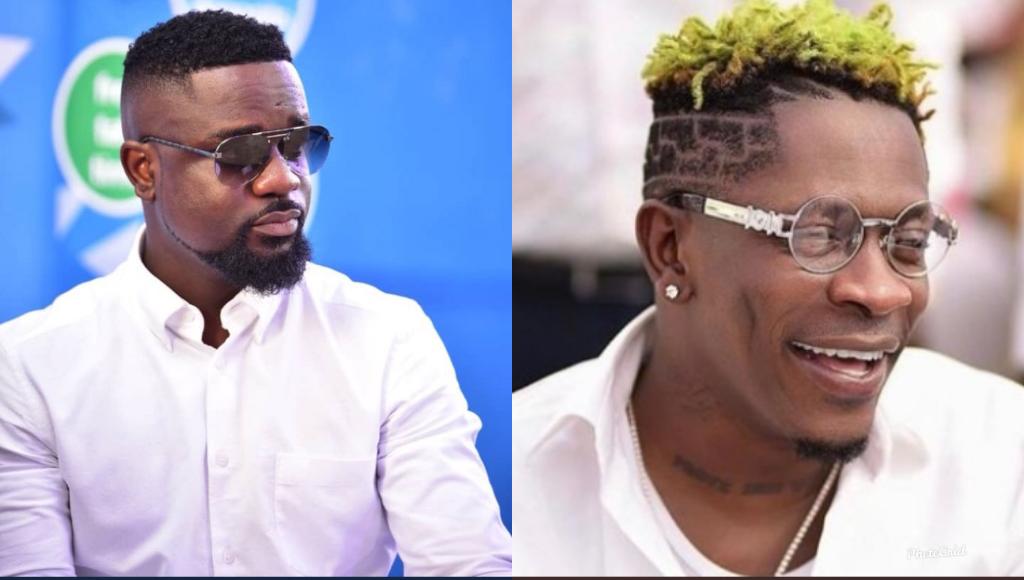 Ghanaian rapper Sarkodie and Dancehall artiste Shatta Wale seem to have squashed their long-standing beef as they have reportedly collaborated on a song for the first time in 5 years.

These two legends who have numerous songs to their names have only three songs together and all the three songs were instant hits that enjoyed massive airplay.

The first of the three collaborations, Megye Wo Girl became a street anthem for boys who had the capacity to snatch people’s girlfriends with their wealth.

‘Megye Wo Girl’ was followed by Dancehall Commando which affirmed Shatta Wale’s reign as the top dancehall artiste in the country.

The last that saw most of the fraud boys fall in love with was Game Boy.

After these songs, the two musicians fell out after Sarkodie dissed his brother in a song that has been touted as the number diss song in the history of Hiplife.

Well, from the look of things, the two are back again following their respective trips to the USA and a hint that was picked up from their producer MOG Beatz.

Ghanaian sound engineer and producer MOG have subtly confirmed that the two have recently recorded a song with him.