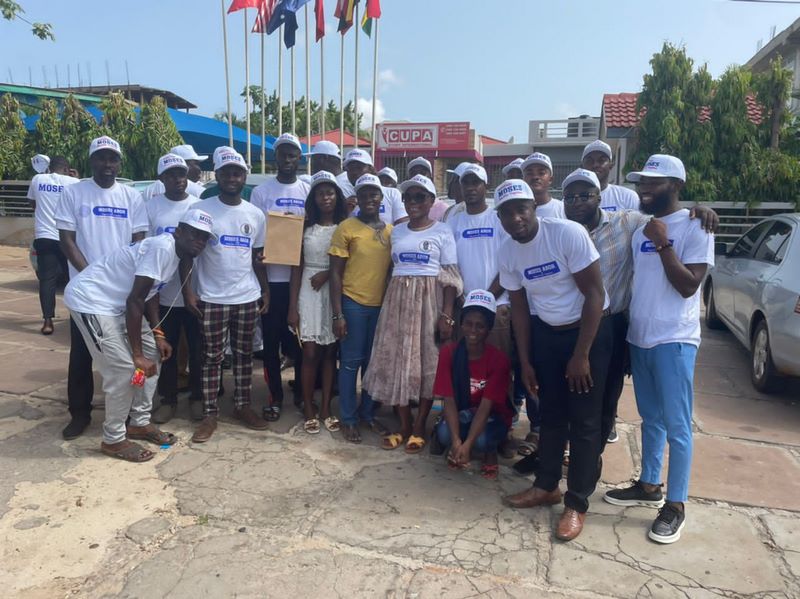 Some Youth Organisers of the governing New Patriotic Party (NPP) in the Greater Accra region, have thrown their weight behind Regional Youth Organiser, Moses Abor who is seeking re-election.

The organisers thronged the party’s Regional Secretariat on Sunday, May 15, 2022, to pick nomination forms on behalf of Mr Abor.

They said their decision to borne out of love and also appreciate him for the tremendous support he has given all the Constituency Youth Organisers in the Greater Accra region.

The Youth Organisers numbering over 25 also pledged their unflinching support for Moses Abor whom they described as a unifier committed to helping the party pursue its ‘breaking the eight agenda.’

Speaking to journalists, the Tema West Constituency Youth Organiser, Prince Kofi Boamah extolled the virtues of Mr Abor describing him as someone who has served them diligently and kept his promise to them.

“Moses has been a supportive anchor to all the Organisers in the region. So we came to purchase the forms on his behalf and get him to contest for another term. We appreciate the good work he has done for us and the sacrifices he has made for us,” he said.