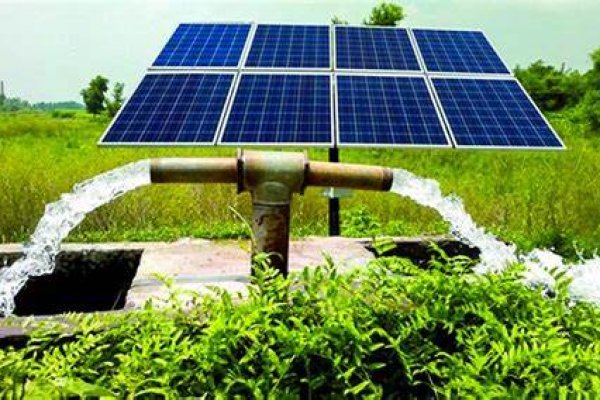 Sawla, (SR), May 16, GNA – The Market-Oriented Agriculture Programme in North-West Ghana (MOAPNW), in partnership with the International Water Management Institute (IWMI) and the Pumptech Ghana, have facilitated market linkages among users and suppliers of irrigation technologies forum at Sawla.

The GIZ, a German Agency for International Cooperation organised the forum for 62 participants to bring solar-powered irrigation systems to the doorsteps of farmers in the Savannah Region and to afford networking and boost the demand-supply linkages to catalyse the scaling of irrigation technologies and services.

Addressing the participants, Mr Frank Lamptey, Technical Adviser of the Green People’s Energy Project of GIZ said since 2013, IWMI had conducted research on how to scale irrigation technologies and water management solutions in Northern Ghana.

He said, together with other stakeholders, these technologies and practices had been validated to increase agricultural productivity under irrigation conditions.

Mr Lamptey claimed that under the USAID funded AfricaRising Partnership; means of scaling up assorted options of the irrigation technologies, agronomic practices and services had been identified in Ghana’s Northern Regions.

The scaling up involves partnering with Pumptech Ghana, an irrigation equipment distribution company, as well as engaging and collaborating with relevant stakeholders to improve the enabling environment for irrigation agricultural production.

He appealed to farmers interested in the Solar Powered Irrigation Systems to be forthcoming because the project had incentive packages awaiting them.

He said, for instance, farmers who had developed an interest in the Solar Powered Irrigation Systems but were faced with financial constraints, should not be worried because the project had instituted some incentive packages to help cushion their financial burdens.

Mr Lamptey announced that the project had earmarked 150 farmers across the country to be assisted, but as of now, only 35 farmers had had their farms installed with Solar Energy Irrigation Pumps.

He, therefore, appealed to the farmers, especially women, to be on board to make the project achieve its objectives of enhancing the livelihoods of the people.

“One of the cardinal objectives of this project is to ensure gender balance and equality; it needed to promote more women into agriculture production, especially with the provision of modern technologies,” he pointed out.

Mr Lamptey said as part of the support to farmers, the project was providing support for women farmers who would invest in the Solar Powered Pumping Irrigation Scheme with 50 per cent of the existing cost while male farmers would receive 40 per cent of the cost-sharing component.

He said payments would be made available directly to the companies providing the technologies to the farmers and a farmer would enjoy a two-year guaranteed period for maintenance work after the installation of the equipment.

“We need more women to take advantage of the project, hence the increase in percentage cost share for women under the project. We also have a threshold of 2,000 euros to be provided to each farmer as its top point”, he added.