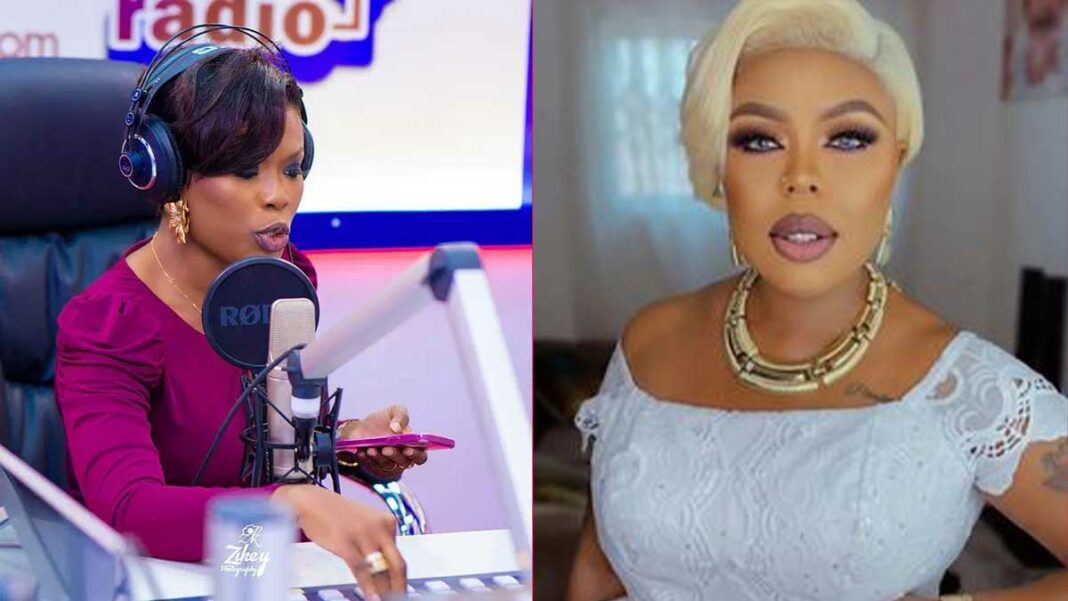 Popular Radio presenter and Tv show host, Deloris Frimpong Manso, known in the showbiz space as Delay has replied to Afia Schwar after the latter threw subtle shade at her new boss, Chairman Wontumi over her employment at Wontumi Radio.

Afia Schwar in a self-recorded video posted on Instagram a few days ago threw a subtle jab at Chairman Wontumi after it emerged that Dekat had started working for the businessman at his Kokomlemle-based radio station.

Afia Schwar who from all indications seems pained by Chairman Wontumi and Delay’s move after she initially revealed that she will be working at the newly-opened radio station but was later rejected for obvious reasons.

Wontumi, employing her rival after initially approaching her for the same job incurred the wrath of the socialite who revealed that she doesn’t bother herself over a man she has initially rejected his proposal.

It is in this view that Delay during one of her drive time shows pointed out indirectly to Afia Schwar that she is not in her class when it comes to presenting, comparing herself to the likes of Oprah Winfrey and other top Tv show hosts.

Delay also mentioned that as she has always been her boss in every avenue, so will she continue to boss her around like how things used to be between them back in the days.