Husband Caught His Wife Cheating, He Took A Picture, Framed It, & Hung It In Their Living Room 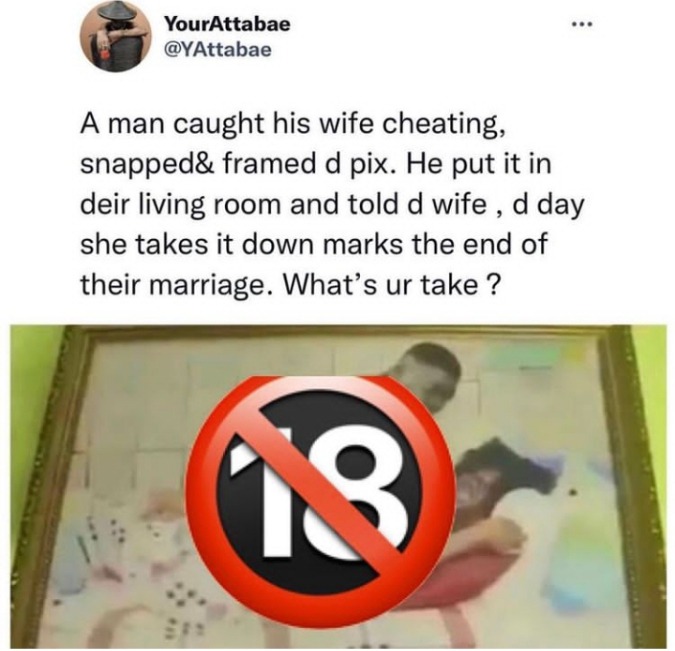 Some husbands divorce their wives If they catch them red-handed cheating on them. Some men become emotionally broke and end up at the psychiatric hospital. Others hurt or killed the wife and the man with whom she cheated. A social media user who goes by the name of YourAttabae on Twitter has narrated what a man did after he caught his wife cheating on him with another man.

Looking at the picture below very well, you can see that a man is on top of a lady as they are doing the thing. According to YourAttabae, this shameful incident took place on the couple’s matrimonial bed while the husband went to work. But fortunately for the husband, he returned early than the usual time.

The man didn’t divorce the wife or do anything to the other guy. What he did was that he took a picture of them and asked the man to go. He then put the picture in a frame and hung it in their living room.

The man told the wife that the very day she attempts to remove or destroy the picture will be the day their union will come to an end. She should try to destroy it and say that the picture is missing.

Some female social media users said that if they were to be in such union, they will have walked away. This is because though what the woman did is very wrong but the picture in the room hunt so long as she is still in the house. The picture will make the wife feels guilty all the time. 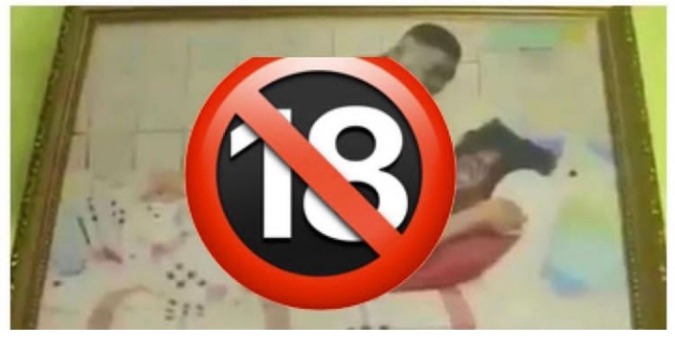