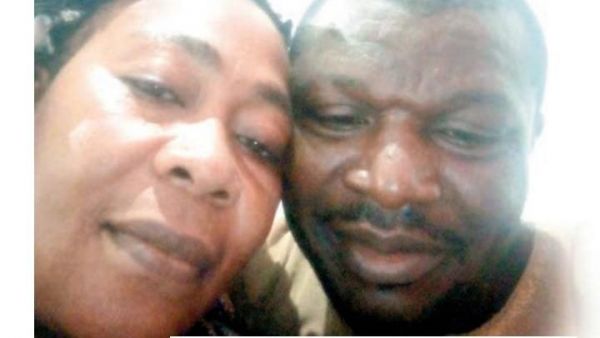 “I introduced my husband to her while she was investigating a case I was involved in. She requested that my husband rather assisted her with the investigations, and all I could see was her later having an affair with my husband,” were the words of a 42-year-old trader who has accused a police officer of snatching her husband at Tema Katamanso.

“This police woman used to call my husband at odd hours but I was made to believe that she needed information from my husband for her investigations, but little did I know that they were having an affair,” she said in tears to DAILY GUIDE.

The aggrieved woman said it was the idea of Chief Inspector Afenu to allow Mr. Tengey help in the initial investigation of her case.

“Now she has succeeded in taking away my husband in the name of investigations and as we speak, they are currently living as husband and wife,” the woman alleged.

Narrating how everything started, Madam Edorla said, she has been legally married to Mr. Tengey for the past three years, and they lived happily until one day a domestic help they lived with left the house.

“The girl actually stole my money, and when I reprimanded her, she left the house to an unknown place,” she added.

The woman said that evening, a neigbour, in the company of a police officer, brought the victim to the house with a report that they spotted her loitering about in an uncompleted building and when they questioned her, she confessed that her mother threatened to assault her.

Madam Edorla said she was invited to the police station to give her statement and to invite the biological parents of the victim to the station.

“My husband upon his return to the house was given the news and quickly he drove to the police station where Chief Inspector Afenu was the case officer.

“The case officer, upon introduction asked my husband to go to the village of the victim to bring her biological parents, which he did.

“After settling the case, I realised that Chief Inspector Afenu constantly called my husband on phone at night, and whenever I ask, he tells me it was part of their investigations (sic).

“I accepted this excuse until one day when I saw some nude pictures she had sent to the mobile phone of my husband, and that was when I discovered that they were having an affair,” she said.

She said initially, Chief Inspector Afenu denied the allegation when she confronted her, until she spotted her husband leaving the police woman’s house one morning after spending the night.

Madam Edorla said she confronted them, and in the process her husband assaulted her.

“I initially reported the matter to some senior police officers at the station where the woman works, but they did nothing, so personally, I reported the case to Chief Superintendent Adu, the Divisional Commander,” she disclosed.

When the paper contacted Chief Supt Kwadwo Badu-Adu, he said a case of assault was reported by the woman to his outfit, and it was through his interrogation that the matter of Chief Inspector Afenu alleged affair came out.

Continuing, he said that the DOVVSU branch at his office is handling the case, but they were yet to get Stephen Tengey to assist them in the investigations.

Frytol and Fortune celebrates over 500 women during Mother’s Day