Amerado praises Delay in new song, says he won’t leave her for…. 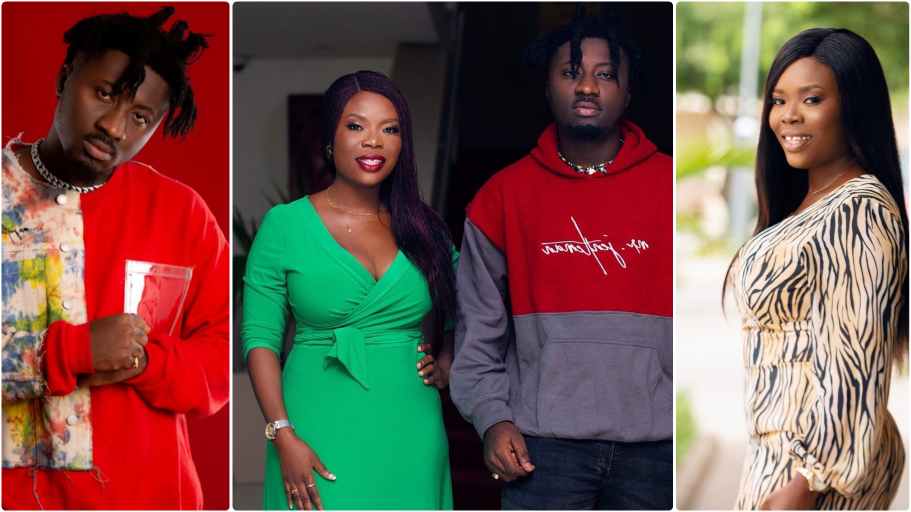 While rumours of their alleged love relationship continue to spread despite the two refuting the claims, Amerado has shown his admiration for Delay, indicating that it will be erroneous for him to leave the renowned broadcaster for American singer Rihanna.

In a song titled ‘Obiaa boa’, that was released on May 13, 2022, the rapper who was adjudged Best Rapper at the 5th edition of the 3Music Awards said Delay is charming.

READ MORE :Chaos at Airport as Fameye and team clash with security [watch]

“Delay is in Ghana. The lady is beautiful. Why will I leave her for Rihanna?” the rapper questioned.

For some time now, Amerado and Delay, have been teasing the public with snippets of lovey-dovey moments on camera, stoking conversation about a possible affair.

But Amerado in an interview with Joy Entertainment in 2021 said they are just friends. Without equivocation, he denied the rumours, stressing that the broadcaster was only helping his brand.

“The fact that I had a monster hit, that is one thing I was looking out for this year and the fact that people think I am dating Delay, it gives me some form of confidence, some form of huge relevance. It is show business, and I call something ‘destructive sampling’.”

“People should just keep waiting and guessing because it is not what they are thinking, but I do not want to talk about being specific on the fact that Delay is a girlfriend or a friend. We all know she is trying to help a brand, trying to support my craft as well, so it is what it is,” he explained.

A few days ago, Amerado was captured in a video cunningly advertising Delay shito, one of the products of the Wontumi Radio drive time host who is also known for being a businesswoman.