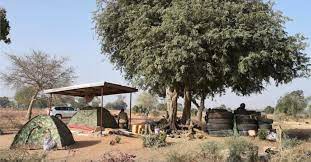 Following the recent Terror Attack in the Republic of Togo, Ghana’s National Security, has announced its new measures, aiming to enhance safety at places of worship around the country.

According to a letter, from the National Security to all the heads of the religious groups in the country, there would be an installation of CCTVs at designated public places of worship across country.This according to the ministry, the new measures are necessary to protect the country, following the increasing concerns over the expansion of terrorist groups, in the sub-region.

The letter; dated May 12, 2022 again revealed that, the new measures will include engaging the services of approved private security guards, at the places of worship among others.

The National Security again noted that, “while the Ministry of National Security is collaborating with the relevant State Security, and Intelligence Agencies to institute measures to avert terrorist attacks in the country, your outfit is urged to enhance security, particularly in areas where mass gatherings are conducted.

The National Security, through the letter assured the religious leaders, of its continuous resolve to institute measures, aimed at safeguarding the peace and security of the country. 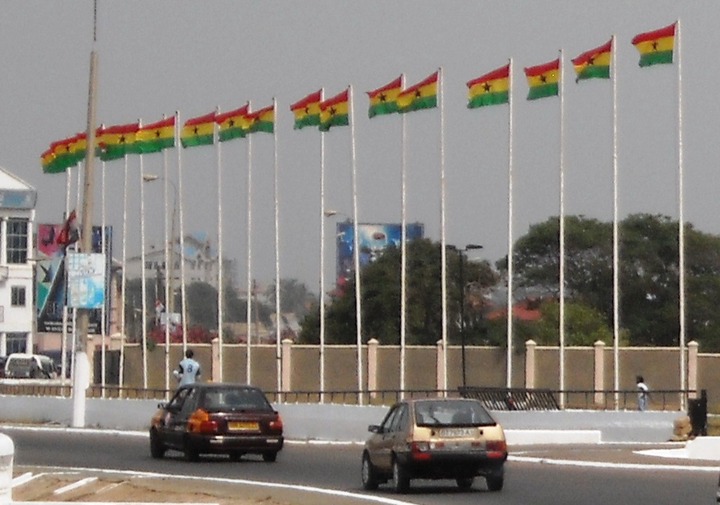 The Government Togo, on Wednesday, 11 May 2022 reported that, a group of heavily armed men,attacked an outpost in the Kpinkankandi locality, in the Kpendjal prefecture; burning a jeep and damaging an armored vehicle.

The report also revealed that, the attack; which happened in the northern Togo border with Burkina Faso, saw least 8 soldiers killed, and 13 security forces wounded by the extremists. 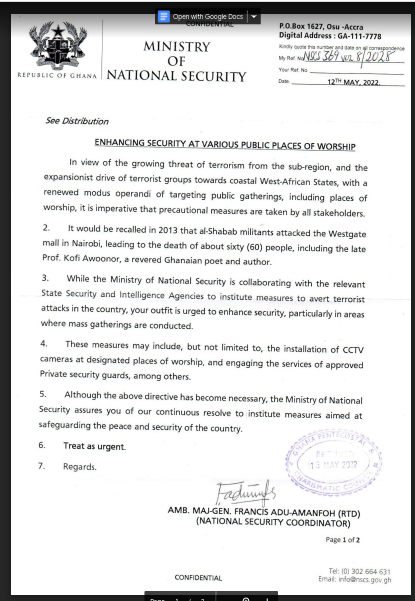 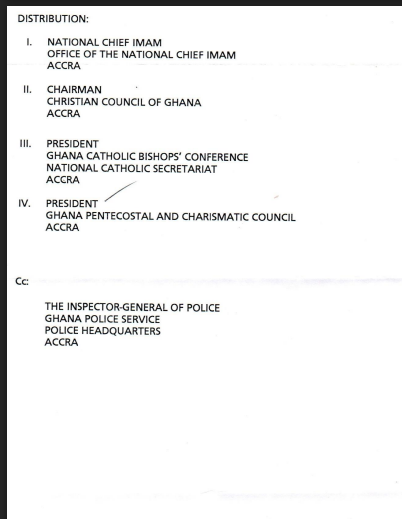 Remember to follow this page for more upcoming updates.