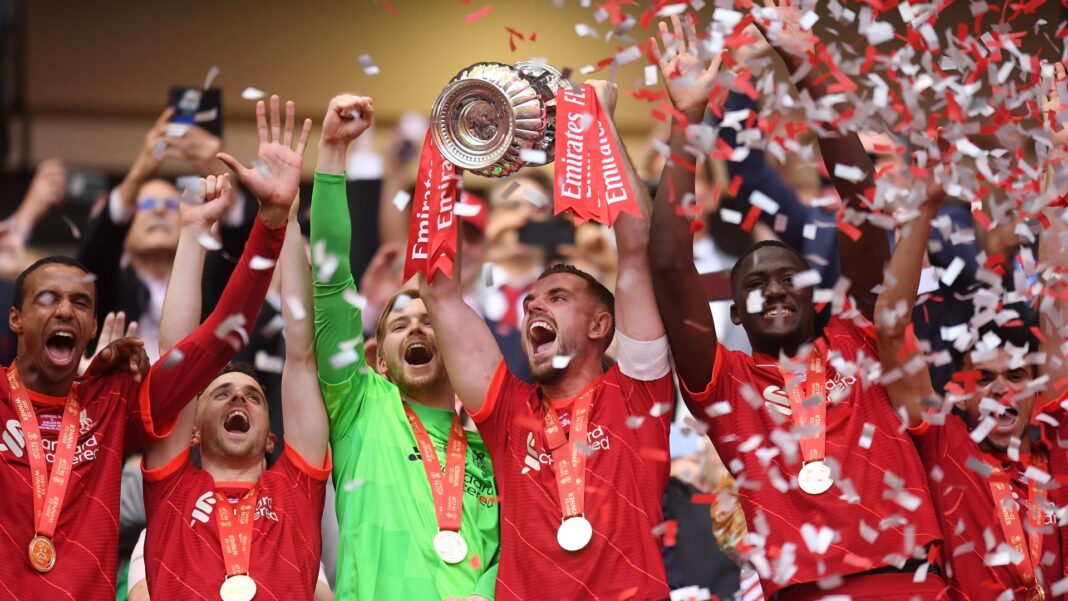 The 150th edition of the FA Cup final delivered as Liverpool celebrated their first triumph in the competition since 2006, as Konstantinos Tsimikas slotted home the vital spot-kick to help his side defeat Chelsea 6-5 on penalties at Wembley Stadium.

Liverpool made a bright start, and were comfortably on top in the early part of the game. The pressure resulted in a good chance to take the lead after just eight minutes.

A sublime outside of the foot through ball from Trent Alexander-Arnold put Luis Diaz in on goal, but the Colombian’s effort was saved by an onrushing Edouard Mendy. Naby Keita then put the rebound wide of the far post.

Chelsea weathered the storm and then had a big chance of their own after 22 minutes, but Christian Pulisic was unable to turn in Mason Mount’s low cross, as it trickled wide of the far post.

Liverpool were then dealt a huge blow on the injury front, as Mohamed Salah could not continue and had to be replaced by Diogo Jota after just 32 minutes, with Jurgen Klopp no doubt sweating on the fitness of his star man.

Chelsea came out all guns blazing at the start of the second half, and had a huge chance to take the lead just two minutes after the restart, as Marcos Alonso’s free-kick from the edge of the box smacked against the crossbar.

Liverpool then hit the woodwork twice in the last ten minutes of the game, with Andy Robertson going closest, but the full-back’s effort on the stretch at the far post from James Milner’s cross cannoned back off the upright.

The sides could not be separated after extra-time and had to settle for a penalty shootout to decide a domestic final for the second time this season.

After misses by Cesar Azpilicueta, Sadio Mane and Mason Mount for either side, Kostas Tsimikas was the unlikely hero and scored the vital spot-kick for Liverpool to send their fans into raptures and condemn Chelsea to their third successive FA Cup final defeat.