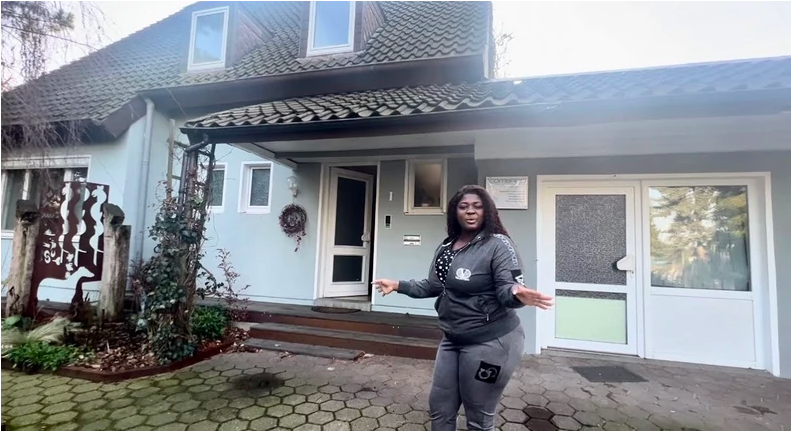 Kumawood actress Trace Boakye has said that she’s now a millionaire after investing 300ghc in her business.

Tracey Boakye, who owns properties in Accra and Kumasi, told Abeiku Santana on the ATUU program that she worked hard to reach where she is now.

Despite her hard work and determination to become a rich lady, she claims her “Papa No” was important in her success.

“Every connection is a trade-off. Even if I am wealthy, I will take money from my spouse. “Papa No (my father) supported me.

“A partner with whom you have a kid will surely help. But I’m also a fighter. “Everyone who knows me knows this,” she said.

Tracey Boakye characterized herself as a “millionaire” in the same interview.

With rumors of her purchasing a mansion in one of Europe’s nations and her luxurious trips and lifestyle, the actress implied that she had ascended from poverty to the highest levels of riches and power.

“While I haven’t thoroughly calculated my net worth, I feel I am in the million-dollar range. I’ve earned a lot of money from a little start.

“I’m not a billionaire yet, but I’m quite wealthy,” she remarked.

Affluence and elegance are evident in Tracey Boakye’s social media posts, making her one of Ghana’s self-made ladies. She has always maintained that she earned what she has.

Tracey Boakye calls herself the “East Legon” landlady. Many think she has made connections with powerful men in the nation who fund her lifestyle.

During the “Papa No” scandal, former President Mahama was listed as one of Tracey Boakye’s supporters… a rumour she denied.