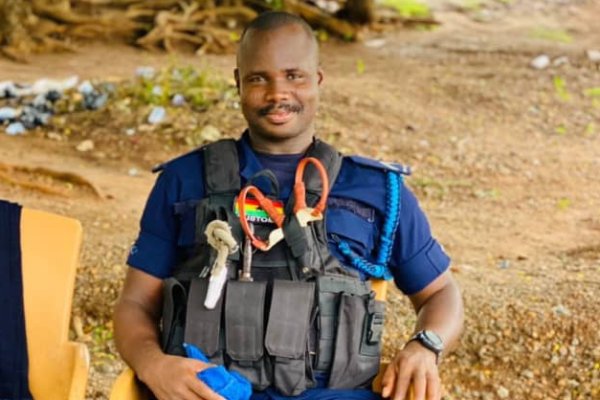 Aflao (VR), May 14, GNA – Junior Revenue Assistant Musah Abraham, aged 32, died through an accident Thursday morning while escorting some unaccustomed goods intercepted by Customs taskforce at their Torve Checkpoint to the Aflao main office.
The officer was with the Aflao Sector Command, Customs Division of the Ghana Revenue Authority
The body of the deceased has since been transferred to the 37 Military Hospital morgue in Accra following his death at the Central Aflao Hospital, where he was rushed to for treatment.
Meanwhile, one Etsei, driver of the Hyundai grace with registration number GR 6882 09 hired by the Customs officials to transport the goods to the main office is responding to treatment.
Ghana News Agency’s (GNA) sources at the Agbozume District Police said the accident occurred around Klikor at about 0430hours on Thursday, when the vehicle crashed into a foreign truck with registration number BB6295 parked at the shoulder of the road.
The Police said the driver was blinded by the lights from an oncoming vehicle and in the process, ran into the parked truck which might have developed some faults and had warning triangles placed behind and in front of it.
Assistant Commissioner Majeed Amandi, Sector Commander, Aflao Customs in an interview with the GNA regretted the death of the young officer who he said was carrying out an onerous responsibility of preventing revenue loss to the state.
He said Col Kwadwo Damoah (Rtd), the Commissioner, Customs Division had visited the family of the deceased in Accra to commiserate with them on their loss.
Assistant Commissioner Amandi said the taskforce intercepted items including spare parts, drinks, and various food items being smuggled to places like Kumasi and Sunyani and indicated that “the goods are here with us at the Aflao Command to extract duties and penalties on them.”
He advised traders to embrace legitimate business and not resort to smuggling goods because the Sector had stepped up its anti-smuggling operations to suppress smuggling activities saying, unaccustomed goods would be arrested and detained.