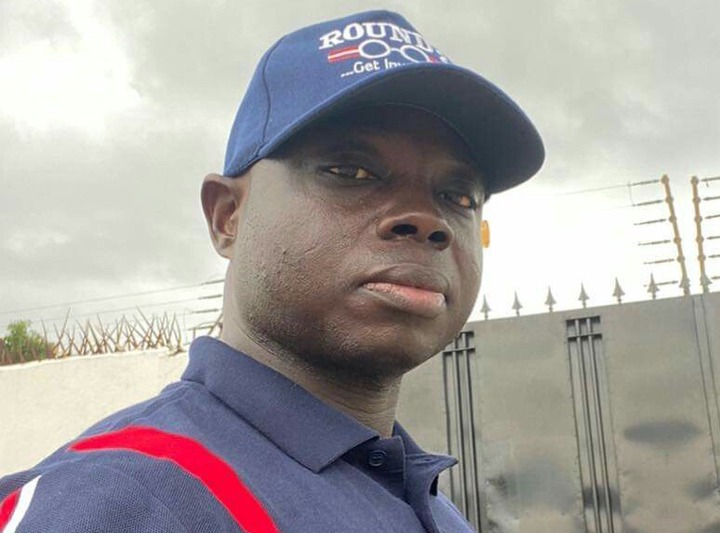 Popular writer for the ruling NPP, PK Sarpong has asked the Church of Pentecost to be consistent because they can’t accept Ackon’s goodness and reject elder Ofosu Ampofo’s sins.

When Kwesi Ackon did a good deed, you have claimed credit for his good behaviour and the fact that the Church stands tall in the country when it comes to inculcating such good traits in its members.

You did not give his parents any of the credits, neither did you shower praises on the political party he associates himself with.

It is strange, for want of a better expression, that you welcome Mr. Ackon with smiles as you tout your credentials as a religious body but do not accord the same recognition to Ofosu-Ampofo. 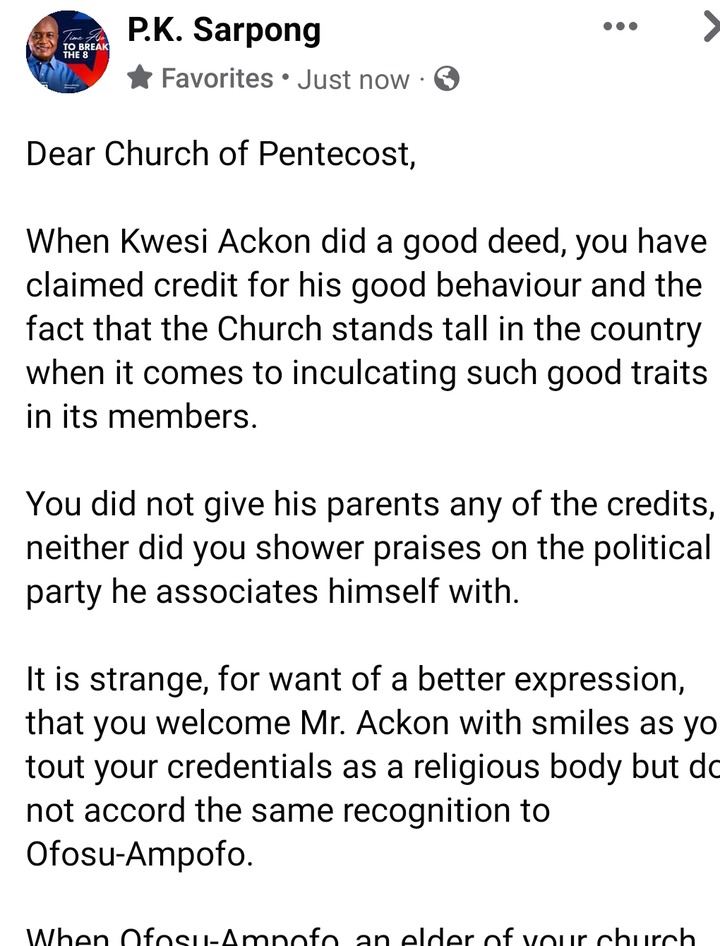 When Ofosu-Ampofo, an elder of your church, in that secret meeting, was heard plotting evil against the NPP and Ghanaians as a whole on the flimsy reason that the NDC would want to come to power, you people rejected him.

When Elder Samuel Ofosu-Ampofo urged his party people to kidnap, maim and even kill people to create a heightened sense of insecurity in the country, we raised issues with his position as an elder of the Church of Pentecost but you people told us that the issue was political and not religious. 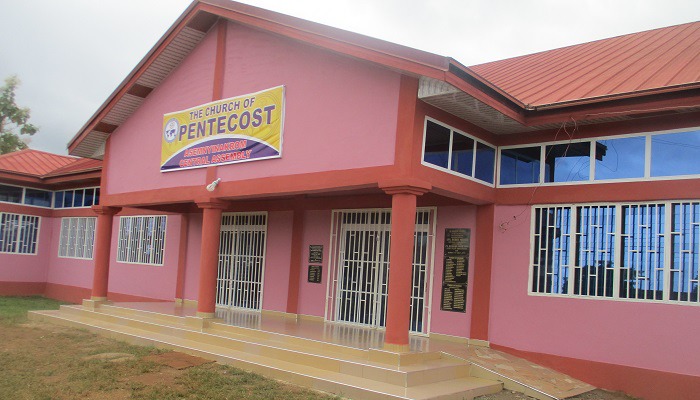 You didn’t take the credit for Ofosu-Ampofo’s devilish mindset and plans as an elder of the Church but you are here today taking credit for a good deed by Ackon, a floor member of the church?

We beg you, you people cannot approbate and reprobate. You should be consistent. You can’t accept Ackon’s goodness and reject Elder Samuel Ofosu-Ampofo’s ‘sins’. “

The comments of PK Sarpong comes as a background to the massive praise showered on Kwesi Ackon, a taxi driver who returned 8,400 cedis to a woman after she left the money in his car.

Tomorrow Is The Last Day In The English Premier League, Check Some Exciting Facts

Haruna Iddrisu Is An Obstacle To The Opposition Party-Oduro Send Serious Message To Mahama.