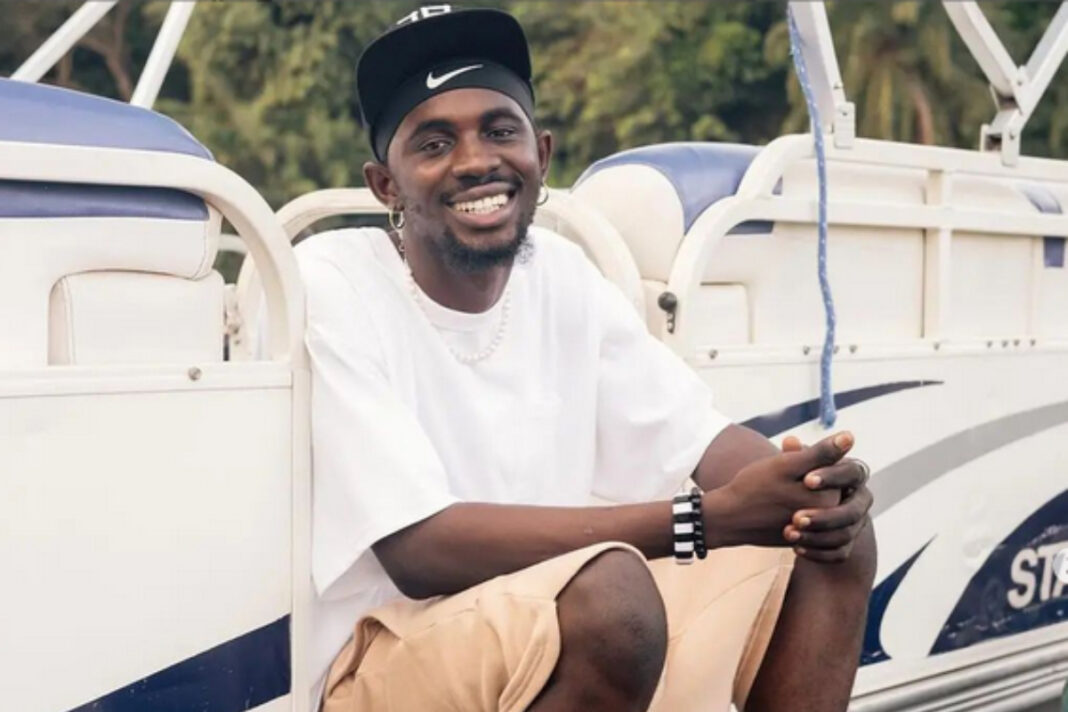 The reigning best new artiste of the year at the just-ended Vodafone Ghana Awards, Ishmail Mohammed Sherif, widely known as Black Sherif has recounted his performance during the award show.

READ ALSO: This Is How Kidi’s Son, Zane Reacted After “Golden Boy” Won VGMA Album Of The Year [Video]

According to the rapper, his performance was delayed due to the fact that his emergence from the skull-like structure was delayed a bit but the plan actually sailed through.

Speaking in an interview with Berla Mundi on TV3’s New Day segment, the “Kwaku The Traveler” hitmaker stated that he lost his voice before his performance on the stage. This was because he had performed at a couple of events before the show.

However, when he claimed the microphone, he knew he would sail through with his performance, and indeed, Black Sherif delivered an outstanding performance during the night.

He stated that Kidi’s ability to maintain the momentum of working vehemently throughout the year to secure his victory at the recent award show has been very impressive and needs to be commended for his hard work, adding that he would have been disappointed if Kidi lost this year too.

However, he stated that much will be expected of Kidi since he was awarded the overall artiste of the year but since he is used to all the tricks in the music game and has a solid team backing him, he should ease the pressure and maintain the same drive throughout the rest of the year.

“There is more concentration on what he does from here, but fortunately for him, he knows all the tricks when it comes to this business so he should not let a lot of pressure be on him, he should just do what he does and go with the flow”, he said.

I Was A ‘Galamsey’ Operator For 6 Years — Veteran Gospel Singer, Great Ampong