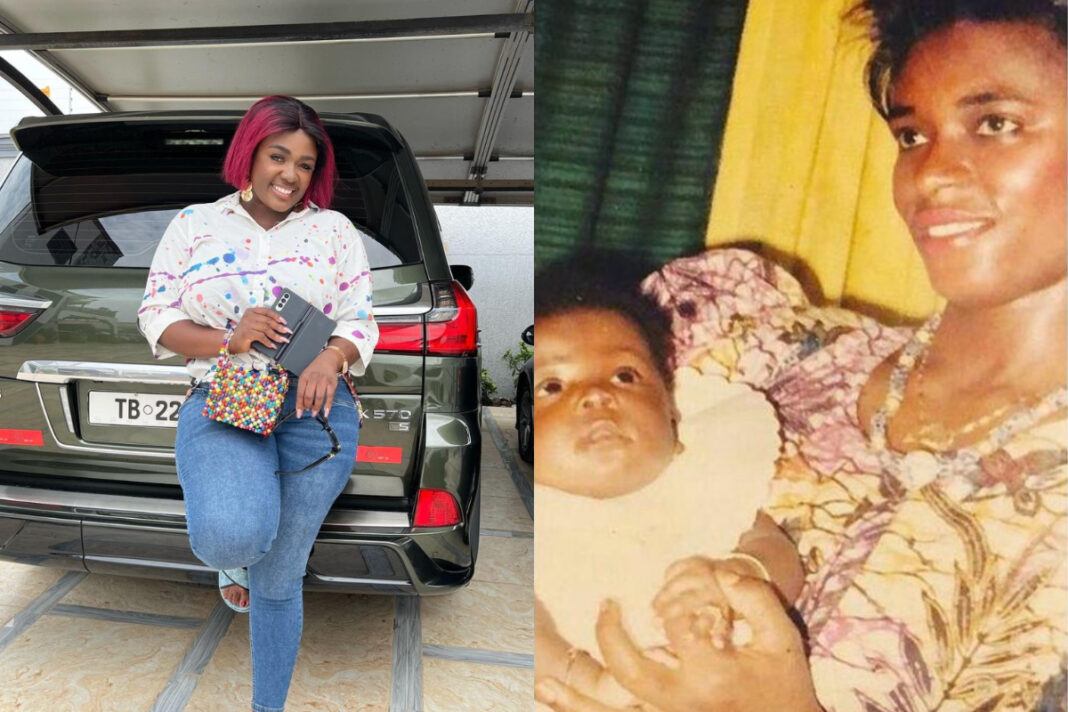 Ghanaian actress and movie producer Tracey Boakye has finally lifted the lid on whether she is dating a married man or not.

There have been rumors of the actress dating a married man since she has always hidden the true identity of the father of her children.

In an interview with Abeiku Santana on the ATUU show, Tracey was couldn’t confirm or deny whether the man who sponsor her rich lifestyle better known as ‘Papano’ is married or not.

Midway through the interview, Tracey Boakye, the topic of the movie producer’s baby daddy who is purported to be a married man with wives and children was raised.

Abeiku Santana in the quest to unravel the truth asked Tracey if she is indeed dating a married man and she ended up fumbling with words.

When pushed further, Tracey Boakye disclosed that her ‘mystery man’ has four other children asides from their two-year-old daughter.

“Our daughter Nhyira is his fifth born,” she said.

Asked whether she has plans to settle down with the ‘man in question’, Tracey said;

“I might not marry him and I’m sure he won’t take offense to that. Although we like each other, anything can happen. If it’s God’s will, fine. If it’s not, fine.”