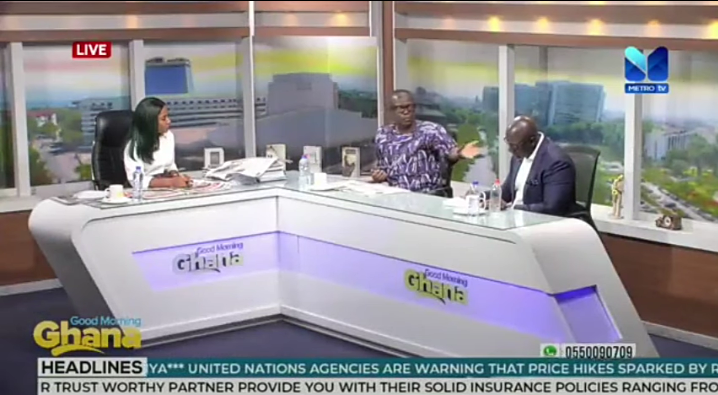 On Good Morning Ghana, Kwesi Pratt addresses two key issues. One was on the government that claims to hate taxes but loves democracy, and the other was about the Supreme Court.

Here’s what he said about the government that claims to hate taxes and love democracy:

A phrase that keeps hitting me is, “no one in the world loves taxes and they always oppose taxation”. So, if you have to develop, don’t listen to the people; just impose the tax. That’s a strange statement coming from people who claim to believe in democracy.

They are trying to tell us that they are more sensible than the people they govern. The people’s mandate means nothing. We have gotten to a stage where the politicians are telling people they can’t think.

Here’s what he said about the Supreme Court:

I am worried about the Supreme Court’s decision because they were promised two doctrines. All official actions are presumed to be regular. The second is who suffers the most hardship.

The first doctrine presumed came first in 1789. Thus, no commoner could win a case against Kings. In 2022, our supreme is relying on the doctrine of 1789. I am shocked at the Supreme Court’s irregularities in Supreme Acts.

At some point, we are caught within a definition which sets the state apart from the people. Is it possible to have contention between the state and its people?

Here’s the link to the video https://youtu.be/juyTz_Du7uQ

Tomorrow Is The Last Day In The English Premier League, Check Some Exciting Facts