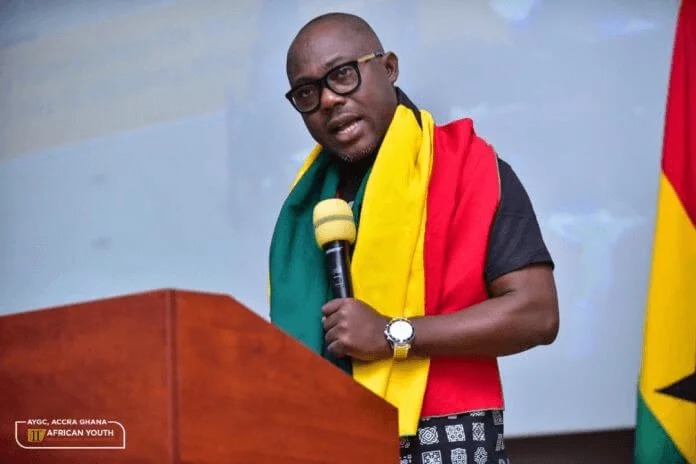 Professor Ransford Gyampo, a political lecturer at the University of Ghana has shared his views on the recent press freedom discussion.

1. In my line of work as an academic, I value peer assessment and reviews from both local and international experts. Assessment of our Democracy and Media Freedom must be done and fully appreciated first locally, because we understand the issues better.

Some local assessors may be bias but some are also more competent than some of the ignorant foreign informants who are used to collect data about our country. There must be a proper blend between local and foreign assessments in a manner that doesn’t make us always beholding to only what foreigners tell us as being the gospel truth on every matter. 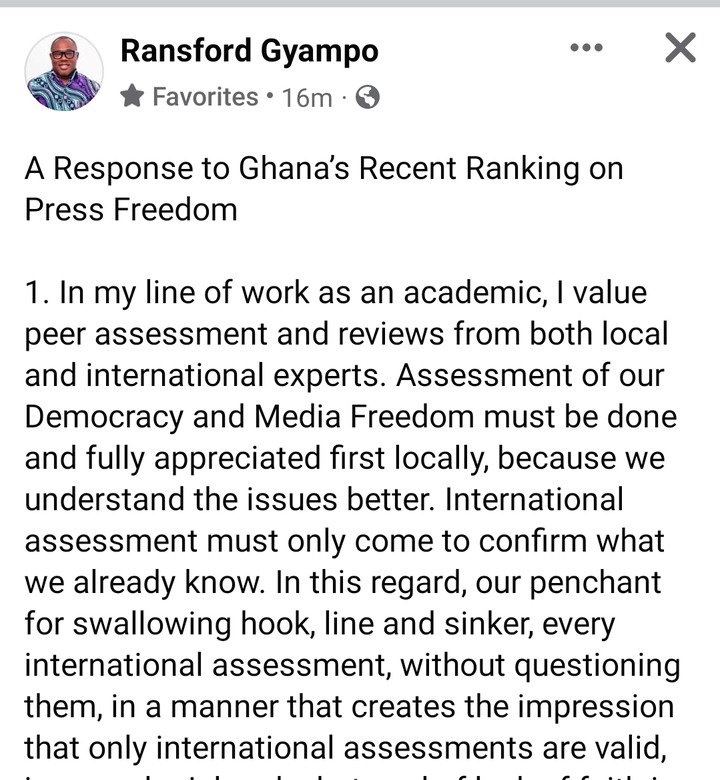 3. press isn’t free, culpability would be placed at the door step of those who wield power, authority and influence within and outside government. But since a ranking of higher press freedom would have been touted as achievement by government, the bucks must stop with same government in addressing the issues that undermine press freedom.

4. As a nation, we must defend press freedom. But let us also be sure that we do not, in the process, make some people tin-gods and tin-goddesses. We must condemn the disingenuous attacks of social media political land guards and call on government to be more tolerant.

The public and body language of higher public officials, particularly the President of the Republic, from now onwards, must admit the challenges we face and send a clear message of intolerance for acts that undermine press freedom.

5. But at the same time, we must reject any attempt at foisting media tyranny on our democratic practice. It must be made clear to media practitioners that they cannot also be above the law, simply because they have access to certain platforms that others do not have.

They must rethink their sensationalism and deliberate attempts by some to lie, dent reputations and refuse to properly retract and apologize with impunity. These would always serve as a recipe for actions from all quarters to undermine press freedom.

6. The point must be emphasized that, no nation can climb higher the ladder of democratic progression with a stifled press. At the same time, if even the President of the land cannot be above the law, then SOME media practitioners cannot foist the acceptance of media tyranny on our democratic practice, and arrogate to themselves the right to be immune from criticisms.