Times In History When Royal Women Had To Give Birth In Public To Prove The Real Sex Of The Child. 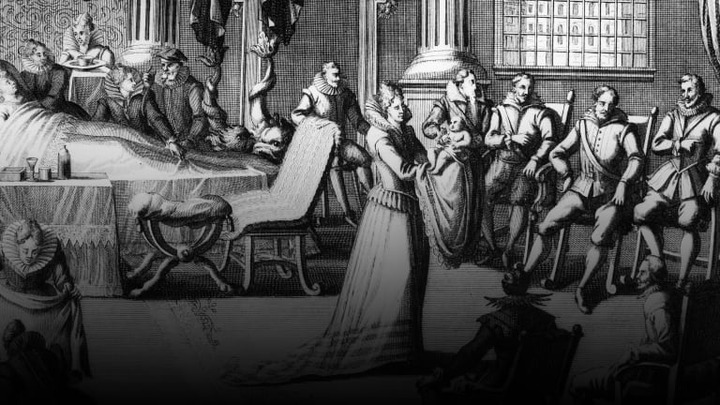 During the Medieval and Middle Ages, the birth of a royal was so important that it needed witnesses and queens often had to give birth in front of great audiences of people and this did not help much during childbirth as it only increased their fears and misery. This practice was done to insure that a living baby was not changed for a dead one and that a baby girl was not substituted for a desired boy. Queen Marie-Therese, the shy, retiring Spanish wife of King Louis XIV of France went into labor on November 1, 1661 and as soon as contractions began, her quiet palace rooms, in which she had been confined for days, began to fill up with Princesses, Countesses, and Dukes. A carnival procession of Spaniard actors and musicians prevailed outside the palace to remind the queen of her native land in hope to divert her mind from her painful agony but she kept crying out in Spanish saying “I don’t want to give birth, I want to die” but after twelve hours of agony, Marie-Therese finally gave birth to a healthy boy who was named Louis de France. 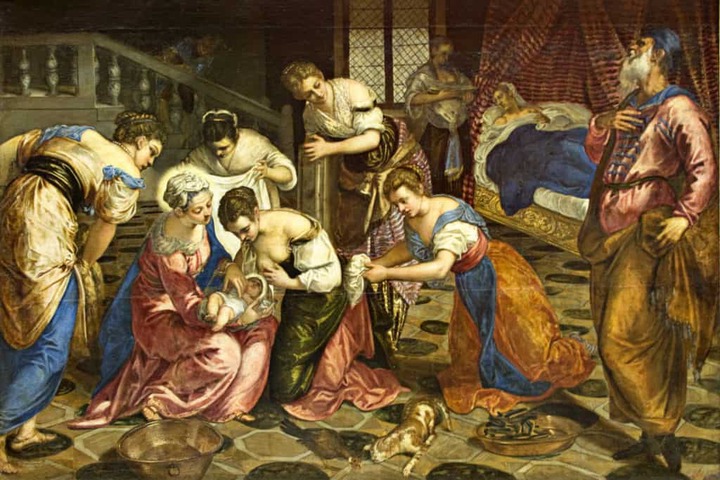 Those in the inner rooms signalled the baby’s sekz to those outside by hurling their hats in the air (the signal for the birth of a girl was crossed arms). King Louis joyfully shouted out the window to his subjects packed in the courtyard below that “The Queen has given birth to a boy!”. The pressure to provide an heir began as soon as the wedding celebrations ended for many royal women and the sixteenth century queen, Catherine de’ Medici was so desperate to give birth that she sought out folk healer’s who made her drink mare’s urine and soak her “source of life” in a sack of cow manure mixed with ground stag’s antlers. No birth was more anticipated than Queen Marie Antoinette’s first child in 1778. 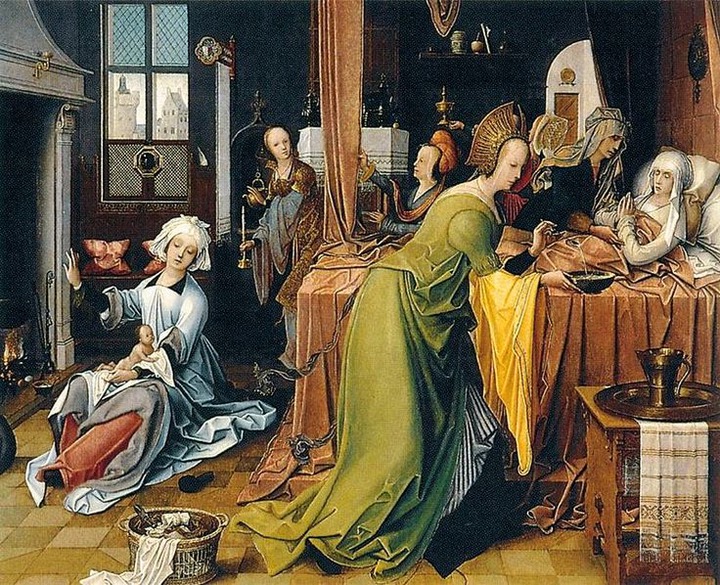 Even though her mother, Empress Marie-Therese had done away with public births in Austria, Marie was unable to change the ways of giving birth and early in the morning on December 19, she rang a bell signalling that her labor had begun. Nurses and sightseers hurried in the direction of the Queen’s quarters and several others perched aloft in order to get a really good view. Marie-Anthoinette gave birth to a baby girl twelve hours later and named her after her grandmother, Marie-Therese but even though the child was not a boy, her apartment was overcrowded that she had a seizure and fainted. This practice continued until the nineteenth century when advances in medicine made childbirth more bearable and even though archaic traditions were still practiced, delivery became a more private affair.