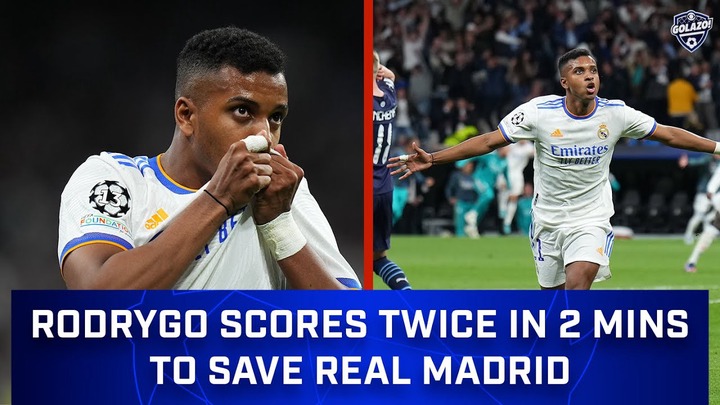 Do you want to play Ghanaian Cards and win some cash? Try  AgroGame. Register and play here https://agrogame.com.gh/7/

Football is a game loved by many people. It is the most popular sport in the world and almost everybody loves it. From world cup to continental competitions, Champions leagues, national leagues of various association football and the others, the atmosphere gets different when it is time for a football match especially when it is unique. Football brings unity, friendly rivalries, money and gives career to people (players and non-players).

In recent times, some matches have produced some shocks that people never expected and I will take this opportunity to mention some to you.

Not many people believed Real Madrid could qualify at the expense of Manchester City at the 90th minute when Manchester City had a two-goal advantage over Real Madrid. Man City had beaten Madrid 4:3 at the Etihad stadium. Even though some were expecting that Real Madrid could overturn these results, they had lost hope when their opponent scored a goal in the 71st to take a two-goal lead. At the 89th minute, Manchester City were still possessing the game and hope seemed to have been lost for the thirteen-time champions. But two quick goals from Rodrygo in the 91st and 92nd minutes restored the hope. Benzema scored a penalty in the extra time to give the 2021/2022 Spanish champions the nod to qualify for the finals.

In this game Barcelona had beaten Liverpool 3:00 at Camp Nou. Liverpool came back home at Anfield and fought very hard. They could manage only one goal from the first half. In the second half, Wijnaldum scored two goals and Origi sealed it with a quick corner from Arnold. Liverpool went ahead to win the champions league.

The 2018/2019 champions league season produced another thriller that made a lot of people astonished. Ajax Amstaerdam had beaten Tottenham in England and were returning to their comfortable home where most people thought it would be a walkover for them to reach the finals. Yes, they scored again in the 35th minute to give themselves a 2-goal lead and more importantly, with an away goal from England. Then came the Lucas Moura miracle that shocked them. He scored twice within 5 minutes (54th and 59th minutes) to get Tottenham back into the game. He saw them off with a late goal.

Sign up and register on AgroGame  for amazing prizes. Play your exciting Ghana Cards (Spar) on AgroGame . Register here https://agrogame.com.gh/7/

Content created and supplied by: Agenda1 (via Opera
News )