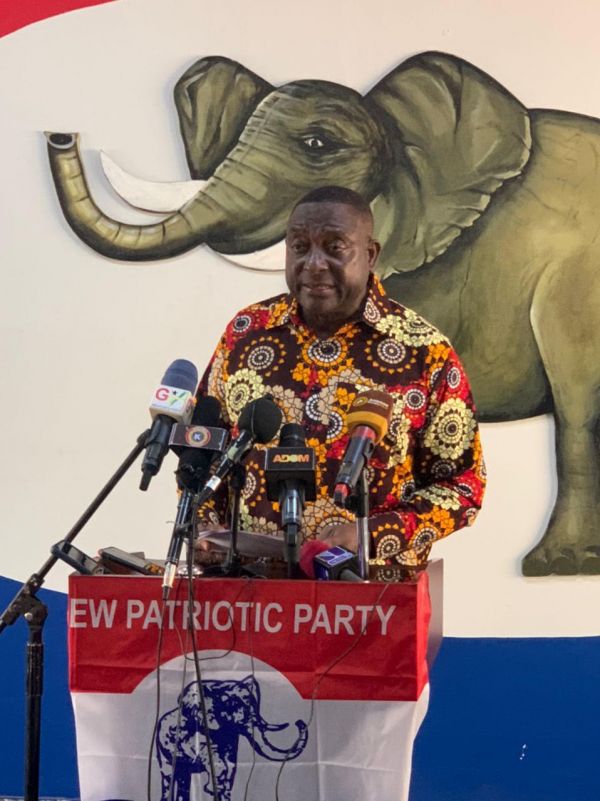 Ghana placed 60th out of 180 countries ranked in the 2022 Press Freedom Index released by Reporters Without Borders, RSF. The country also dropped from third to the tenth spot in the African ranking.

Reacting to the report via a May 4 press conference, the communications director of the NPP, Yaw Buaben Asamoa said the press in Ghana was the freest because of specific government policies contrary to claims in the RSF report.

“The NPP believes Ghana’s media is the freest ever and that its contribution to media growth is unparalleled in the Fourth Republic,” he said.

He listed a number of NPP-led initiatives as contributions to media freedom: “In sum, NPP decriminalised speech, supported infrastructure and training with the International Press Centre and support funds and improved spectrum allocations and regulatory oversight.”

The RSF report among others lamented “growing pressures” on journalists from the government in their line of duty. It also stated that some journalists had resorted to self-censorship to protect their jobs and for security reasons.

But for Buaben Asamoa described some of the claims in the report as hyperbolic adding that freedom of speech needed to be seen also in the context of its misuse and potency to trigger political unrest.

“Recent reports both internal and external, hyperbolically declaiming the supposed laws of media freedoms in Ghana are painting and playing up a picture of systematic harassment against free speech. But is it truly the case and does mainstream media and civil society organisations experience that in their daily lives and activities?

“Moreover, is free speech limitless and can it be mischievously used as an instrument to foster instability? These are key questions, objective answers to which can dampen the scurrilous damage to our hard-earned political stability and potential growth in the name of regime change,” he said.