M.Anifest concludes ‘Madina To The Universe’ with ‘The E.P.Ilogue’ 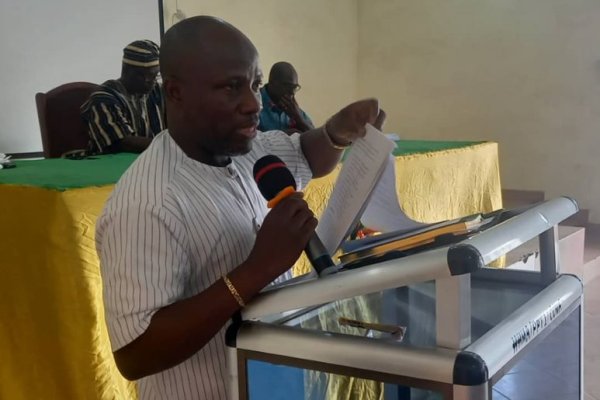 Hohoe (V/R), April 30, GNA – The Hohoe Municipal Assembly in the Volta Region failed to meet its revenue target of GH₵42.
9 million for 2021 as its total collection was GH₵12.16 million.

The Assembly also had a decrease in revenue from the Internally Generated Fund (IGF), totaling GH₵1.24 million out of the budgeted estimate of GH₵1.76 million, representing 70.58 per cent.

Mr Daniel Noble Awume, the Hohoe Municipal Chief Executive (MCE), revealed this during the First Ordinary Meeting of the Third Session of the Eighth Assembly, on the theme: “Rebranding Hohoe Municipality.”

An expenditure of GH₵30.8 million was incurred out of an estimated budget of GH₵42.96 million with other donor funds amounting to GH₵5.31 million of the projected GH₵23.48 million, Mr Awume said.

He said the General Assembly had already approved a total budgeted revenue of GH₵38.26 to be mobilised for 2022.

He noted that the nation was going through very challenging times and the Municipality was no exception, therefore, the need to institute effective measures of mobilising revenue to meet current demands.

Mr Awume said plans earmarked for 2022 to boost the IGF included beefing up the revenue collection team on market days, (Fridays) to collect more and maintaining a sound database on businesses to widen the revenue mobilisation base.

The Assembly would also organise a task force collection exercise quarterly, instead of the usual twice a year, and organise Town Hall meetings at all the zonal council levels on Budgetary Performance and Public Financial Management.

Other measures included strengthening Development Control Taskforce to ensure compliance of building regulations, update of the street naming register, and revamping the Revenue Compliance Unit to mobilise fees and rates from defaulters.

It would also emboss unique identification numbers on all taxi cabs operating within Hohoe Municipality to ensure sanity.

M.Anifest concludes ‘Madina To The Universe’ with ‘The E.P.Ilogue’