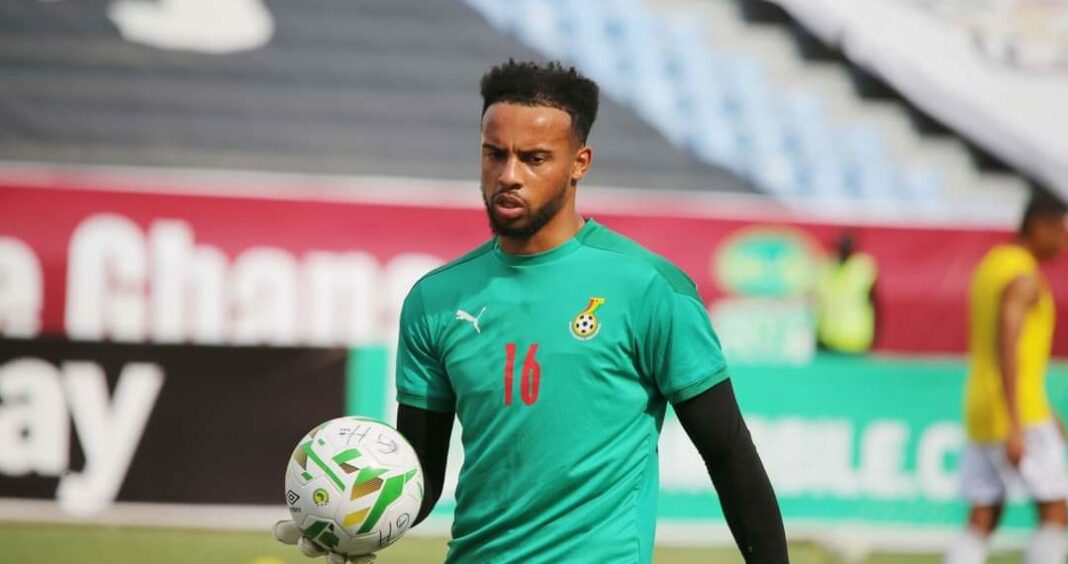 Goalkeeper Jojo Wollacott is confident the Black Stars can end the country’s trophy drought in the 2023 Africa Cup of Nations [AFCON] in Ivory Coast next.

The four-time African champions were hoping to end its 40 years of trophy drought in Cameroon but the team suffered their worse campaign since 2006.

The Black Stars were bundled out of the tournament at the group phase with just a point after three games played.

Ahead of the next year’s tournament, the Black Stars have been handed a tricky draw in the qualifiers.

Despite the trickiness of the draw, the Swindon Town goalkeeper the team will win the trophy next year in Ivory Coast.

Speaking on Kumasi-based Oyerepa FM, Wollacott said: “We have the potential as a country so I don’t see why we can’t.

“Obviously we are disappointed with the most recent Afcon exit following the outcome of our performance at the tournament but I am sure we can work hard and be the most successful and we can win it,”  he added.

Ghana has been placed in Group E alongside 2019 debutants Madagascar, 2010 hosts Angola, and the Central African Republic.

The Black Stars will open the qualifiers with a home game against Madagascar on May 30.