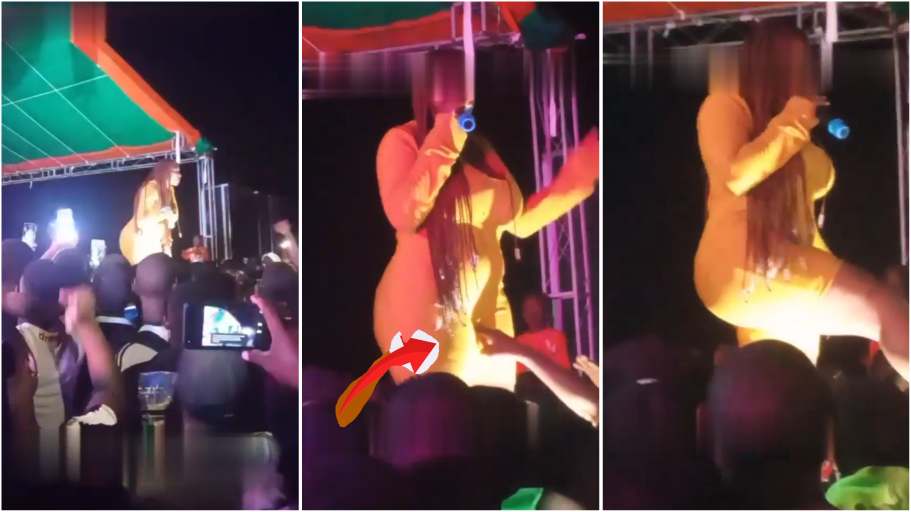 Ugandan singer, Martha Mukisa, was forced to take action after a fan inαppropriαtely touched her while she was performing.

The likes of Vinka, Chozen Blood, Winnie Nwagi, Spice Diana, among many other artistes have been harassed by fans.

Fast-rising singer, Martha Mukisa, encountered a randy fan over the weekend when she was performing in a sold-out gig.

Donning a yellow figure-hugging bodysuit, the Black Magic Records signee was left fuming when a fan stretched out his hand and tried to touch her.

The fan who was standing just close to the stage stretched out his hand and swiped his index finger across her ‘woman’ before the singer instantly reacted by pulling her body back.

The visibly irritated singer kicked the fan and asked him to control himself before one of the bouncers intervened.