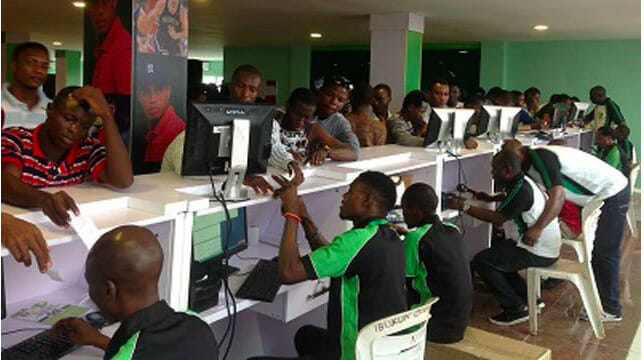 An eight-year gambler, Ali said he staked bets for a long time without getting anything in return.

Rather than making a profit, the former University of Ghana student told Joy News he lost a lot of money betting.

According to him, “Betting is a way for the white man to cripple [Africans] so that the youth wouldn’t have an even better future.”

Activities such as attending a sporting event and entertaining myself were out of my father’s sphere of responsibility, so I had to come up with the money on my own and invested it in betting. However, I was unlucky, and my friends were unlucky, too.”

Ali went on to say that he had wagered close to GHC10,000 on sports bets and had only made GHC200 in winnings before deciding to quit.

“Last year, I wagered nearly $11,000 and came away with only $2,000 in winnings. So, according to my calculations, the total amount of money I’ve spent [on betting] over the past eight years is greater than Ghana’s GDP,” he said.

Many Ghanaians feel strongly about the dangers of sports betting for the country’s youth, which has sparked a debate.

Betting, they argue, is perfectly legal, and thus cannot be considered bad practice if no laws are broken.

Dancehall star J. Derobie has also spoken out in favour of sports betting, saying that it has saved a lot of young people from getting involved in criminal activity by providing them with money.

“Sports betting has become a lifeline for many young men who otherwise would have engaged in other social vices,” he said in 2019.