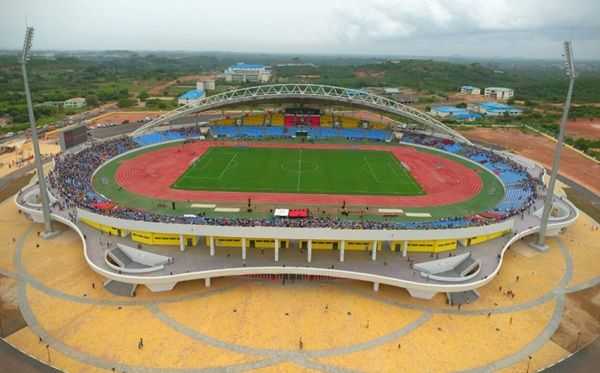 Ghana is in Group E of the qualifiers alongside Madagascar, Angola and Central Africa Republic.

The Baba Yara Sports Stadium will not be part of the list as it has been removed from the list of approved venues by CAF to host international matches or category A games.

The stadium was given a one-match approval by CAF to host the 2022 World Cup playoff first leg against Nigeria in March.

CAF notified the GFA last Thursday in a letter sent to the General Secretary that the stadium does not meet the standard of a modern stadium.

GHANAsoccernet.com understands that the Ghana Football Association is to submit two venues to CAF by close of day today ahead of the 2023 Africa Cup of Nations qualifiers.

Cape Coast and Accra Sports Stadium will be submitted to CAF for review as the two home venues for the Black Stars for the 2023 AFCON qualifiers subject to approval.

GFA Communications Director, Henry Asante Twum speaking in an interview, indicated the Baba Yara Sports Stadium can be approved to host international matches if the 19 conditions set by CAF are met.

“The Baba Yara Stadium is completely out for consideration to host any of Ghana’s AFCON qualifications unless the 19 requirements made by CAF’s inspection team have been fully completed”.

Ghana will host Madagascar in the opening game of the 2023 Africa Cup of Nations qualifiers before playing away to Central Africa Republic.