31 to contest in Hohoe 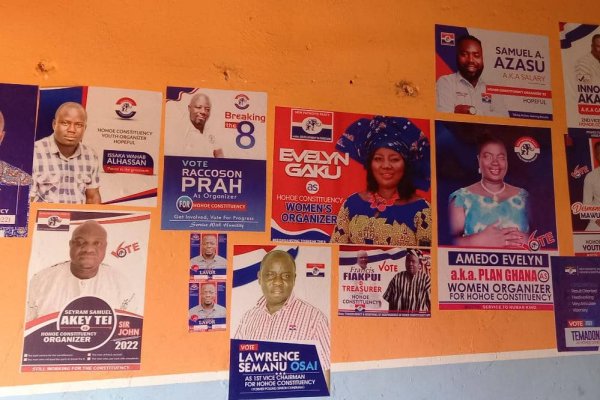 Hohoe (V/R), April 23, GNA – A total of 31 aspirants have filed their nominations to contest various executive positions of the New Patriotic Party (NPP) in the Hohoe Constituency.

Aside from two women, the incumbent women organiser and her contender, all positions are being contested by males.

Out of the 31, only six are incumbent with one for the Nasara Coordinator going unopposed.

Two each are contesting the Chairman, the Vice-Chairman and Women Organizer positions.

For the Assistant Secretary and Treasurer positions, three each are seeking election to occupy them.

Four each are contesting the second Vice-Chairman, Secretary and Youth Organizer positions.

The highest number of contestants vying for an executive position is six and for the Organizer position.

As of Friday, vetting of the aspirants had commenced at the Constituency Party Office with supporters of various aspirants, present to show their support.

Mr Mathias Apoenchi, an Assistant Secretary hopeful, said the vetting was cool and expressed victory at the end of the polls.

Mr Samuel A. Azasu, Organizer hopeful, said he was confident the discerning delegates knew the kind of leadership they wanted going into the 2024 elections and “I know they’ll speak.”

“All I can say is, having served this party with my heart and being a grassroots man myself, I am confident the grassroots will give me the mandate to help break the 8.”

He said the Party would break the 8 with a leader who is attractive enough to win people from all angles, more importantly, who cuts out and could represent the grassroots at every level.

The elections of these executives come from April 28 to May 2, this year.