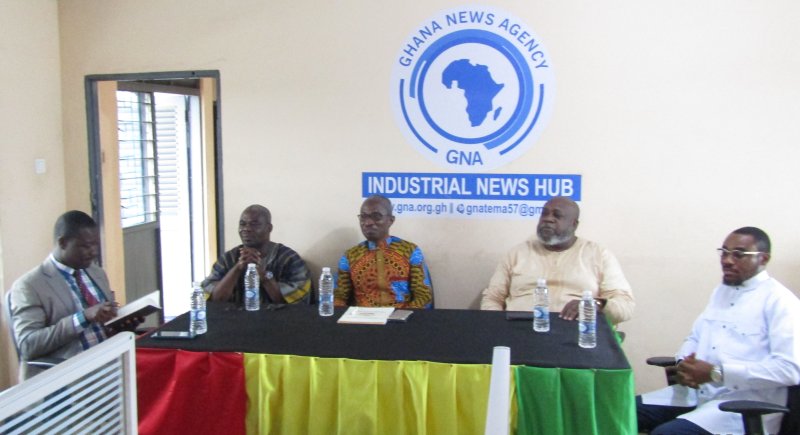 Speaking on the topic: “The justification for African Continental Common Currency backed by resources, not by dollar,” at the Ghana News Agency-Tema Industrial News Hub Boardroom Dialogue, Dr Kpodar noted that African countries must start setting the pillars for the ACCC Agenda.
Dr Kpodar said the use of Dollars, Euro, Pounds, and CFA respectively by African Anglophones and Francophones was an indication of their strings attached to their former colonial masters who were still controlling their affairs through their currencies.
He said, “it is time to achieve economic independence”.
Dr Kpodar, who is also a Chief Technical Advisor for the Centre for Greater Impact Africa (CGIA), indicated that when Africa gets its common currency, which would also be backed by its many natural resources, the continent would be properly empowered economically and developmentally.
He said “if Ghana and the other African countries could come together as a community, as they have many precious resources, they could have a competitive and comparative advantage over the Western countries that were currently dominating the world because of their currencies.
He noted, however, said the ACCC agenda might look difficult for the current group of African leaders, but with determination and focus, it could be achieved.
“On the whole, there isn’t much hope for the present people who are in power, currently most of them have to go before we can do better; in general, we need a new generation that is putting pressure because the dreams of our fathers were not achieved by our leaders,” he emphasized.
He said another problem was the inability of the AU to function well as its activities were still being financed by the foreign countries, therefore, it was difficult to formulate policies that would affect those countries.
As to whether civil society groups and academia could also push for the ACCC Agenda implementation, Dr Kpodar said, the intelligentsia and the rest had become too civilized to take up the place that their forbearers took, as they knew the risk of life and were not ready to die for their countries or the continent.
He said the younger ones needed to be taught to be patriotic instead of being nationalistic “if the continent wants to have a common currency backed by its resources.”
He emphasized that “We should not be nationalistic but patriotic, the love for humankind and dying for the right is gone, so it is the young ones we need to give that sensitization to. The older generation has lost it along the line, and it is due to what is being imposed on us to adopt.”
Mr Francis Ameyibor, GNA Tema Regional Manager, touted the promotion of the ACCC agenda, which he said would ignite the true transformation from the political to the economic independence of African countries.
“The current leaders must work out and champion another mass struggle for economic independence that is the only way for Africa to enjoy total liberation.”
He called for the upscaling of discussions on the ACCC agenda across the African States and challenged the AU to create the enabling topics around the issues to generate interest.