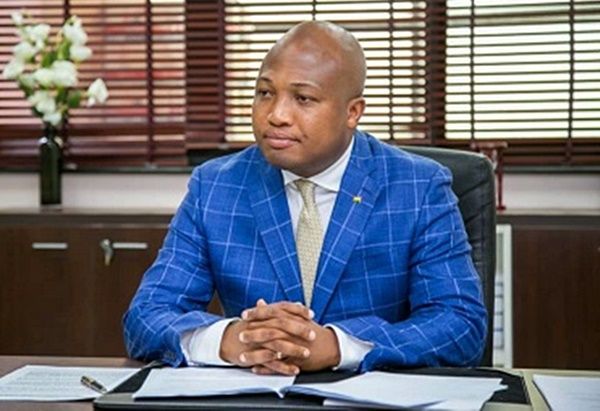 Samuel Okudzeto Ablakwa, Member of Parliament for North Tongu, has spoken about the infamous babies with sharp teeth term introduced in Ghana’s politics by the late President Jerry John Rawlings.

Speaking on the Starr Chat programme, Wednesday, April 20, 2022; Ablakwa said the term did not refer to any specific politician even though a number of young politicians back in the day have been ascribed that label.

“It started with a speech that ex-president Rawlings gave at one of our party events in Kumasi. He talked about these ‘babies with sharp teeth’. That was where he ended, he never mentioned names.

“In all sincerity, nobody ever called me that ‘go after the former president,’ used unprintable language, no. It was not even my style.”

He continued: “Over the period, those who have studied me closely have realized that I do not go about insulting elders or even younger people. I don’t believe in the politics of insults.”

Rawlings, who died in 2020, referred to the term a number of times but never once mentioned the people he was referring to.

It was largely rumoured in political circles as reference to young NDC politicians who were tackling the former president in media interviews. Ablakwa, Stan Dogbe, Felix Kwakye Ofosu and Richard Quashigah.

In 2021, after his passing, a former confidant and one-time Member of Parliament, Fiifi Kwettey told GhanaWeb about what the term really meant and why Rawlings birthed it.

According to Mr. Kwettey, Rawlings’s drive to change and drive the country forward influenced many of his decisions at his young age, and even reflected in the naming of his children.

But of course, many didn’t necessarily agree with his methods, and this somewhat caused a rift between some members of his party and himself.

The phrase; “babies with sharp teeth” eventually became a popular one Mr. Rawlings used to described persons whom according to him, were babies in the NDC but were ‘biting’ hard at him whenever he criticized some happenings in the party.