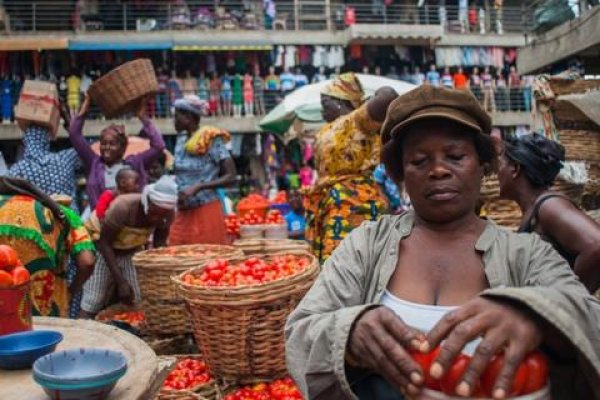 Cape Coast, April 16, GNA- Kotokuraba traders in the Cape Coast business district have attributed the overly high cost of transportation fares to the sharp increase of all other items in the market.
They said the government must work assiduously to stabilize the cost of fuel since it had affected every other aspect of living in Ghana.
The persistent hike in fuel prices, they said made traders run at a complete loss as people found it difficult to adjust and understand that every item on the market was transported.
These were gathered when the GNA visited the market to access sales during the Easter festivities.
Ms Ivy Nyarkoh, the foodstuff seller, said foodstuffs were a necessity of life and as such people buy them on a daily basis though they complained.
“In as much as it is bought, sometimes, some of the products are left to perish because sales run low, and nothing can be done about it.
“I also buy, and I cannot hide how amazed I get any time sellers to name their prices, how did we get here? The Government must do something about it because this year is one of the worse so far” she said.
Ms Linda Annang, a boutique owner said the cost of transportation was the reason the price of her items kept shooting up.
“You see, the dress itself does not really cost much but the transportation I would have to pay to and fro is the issue here. Times are so hard now and people do not even come to ask of these dresses”.
Mr Frank Otoo, an Accountant, said the standard of living in Ghana had generally become very high making the country hot for the poor and marginalised.
He said the situation in the country had also increased violence and other social vices adding that there was the need for appropriate institutions to pull efforts to address the situation.
GNA