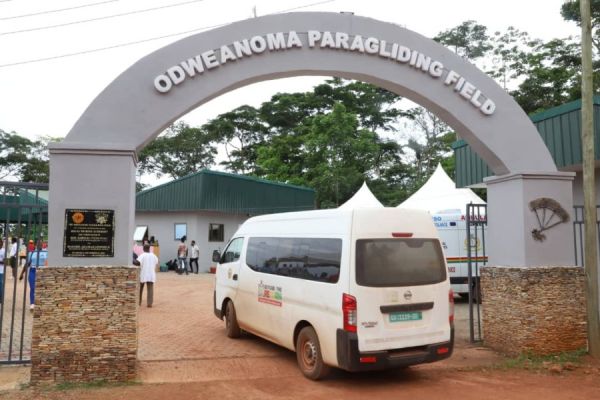 Traders at this year’s Kwahu Easter celebrations are hopeful of cashing-in after a two-year absence.

The festival returned this year after the lifting of the COVID-19 pandemic restrictions and like many revellers, traders have also flocked the Kwahu Traditional Area to cash-in.

The Carnival took place on a one-kilometre stretch of road from Obomeng CHPS Compound to the Nana W. Kumnipa Road.

Cost was not a factor in branding pop-up stages for many brands with AirtelTigo, MTN, Accra Brewery Limited, Guinness Ghana Breweries Limited and Itel Ghana going-up against pop-up parlours, food spots and existing local spots such as the Level 3 nightclub.

If the clash of colours was not disorienting enough, the different music blaring from giant speakers dotted on the street added to the chaos with patrons struggling to hear each other over the noise.

A female disc jockey who gave her name as DJ Ama told Graphic Online that every company wanted to draw the crowd to their stage, so she expected the battle of sounds to continue till the end of the festivities on Monday.

Another feature of the festival, was the high cost of food at the carnival grounds and also at Mpraeso, Obomeng and Abetifi.

At the carnival grounds, rice dishes such as a jollof, plain rice, waakye and fried rice started from GH¢25 while instant noodles were going for GH¢15 and cat fish was being sold for GH¢50.

Operators of an instant noodles stand told Graphic Online that they came all the way from Accra to cash-in on the festivities.

They said their business was thriving, although they expected sales to pick-up over the weekend.

Given the tightly-packed nature of the establishments and a lack of star performers, most patrons at the carnival were moving from end-to-end of the street sampling wares.

They said, they were looking forward to seeing star performers such as Kofi Kinaata, Kuami Eugene and Black Sherif during the festival.