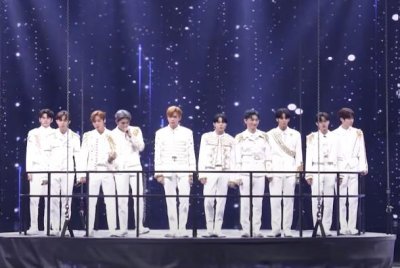 Jan. 27 (UPI) — South Korean boy band Wanna One is back with a new music video.

The K-pop group released a video Thursday for the song “Beautiful (Part.3).”

The video shows the members of Wanna One perform for their fans, known as Wannable, in concert.

Wanna One disbanded in 2019 but reunited to release the new song for fans. The group also performed at the Mnet Asian Music Awards in December, minus Kuanlin.

During its time as a group, Wanna One consisted of Jisung, Sungwoon, Minhyun, Seongwu, Jaehwan, Kang Daniel, Jihoon, Woojin, Jinyoung, Daehwi and Kuanlin. The band is known for the singles “Energetic,” “Beautiful,” “Light” and “Spring Breeze.”