Diana Hamilton Didn’t Charge Me Anything For The Feature…. Daakyehene | 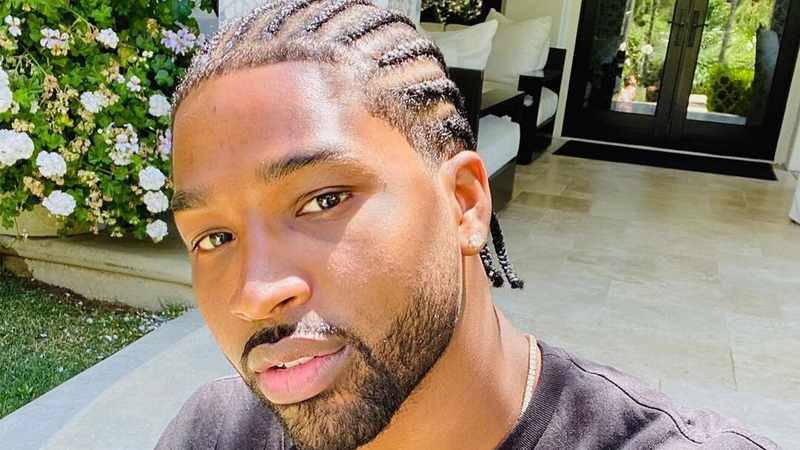 A video has surfaced on Twitter of Tristan Thompson looking very cosy with another woman that is not reality TV star Khloe Kardashian.

In the video an unknown woman is seen sitting on Tristan’s lap and they appear to be engaged in a flirtatious conversation.

It is unclear when the video was taken but if Tristan’s track record is anything to go by, it could have been taken when he was still dating Khloe.

Tristan Thompson stays locked in off the court pic.twitter.com/8vFdh7RkOW

The basketball player has been in a five year on-and-off relationship with Khloe, and they share a three-year-old daughter True.

The couple are reportedly not together after Tristan’s most recent paternity drama came to light.

Tristan recently admitted to fathering a child with Maralee Nichols. He wrote on his Instagram Stories:

“Today, paternity test results reveal that I fathered a child with Maralee Nichols. I take full responsibility for my actions. Now that paternity has been established I look forward to amicably raising our son.

“I sincerely apologise to everyone I’ve hurt or disappointed throughout this ordeal both publicly and privately“.

Khloe and Tristan are reportedly only in touch regarding the logistics around their daughter, and their romantic relationship seems to be off the cards.

A source told ‘Entertainment Tonight’: “Khloe and Tristan are in touch about logistical things and about what’s going on with True, and that’s really the focus when they’re communicating. He has been apologetic and attempting to make things better.”

According to Hollywoodlife, Tristan reached out to Khloe’s mother Kris Jenner in an effort to get back in Khloe’s good graces.

However, this time the Momanger was not having it. A source told HollywoodLife that “Kris does not want to hear Tristan’s empty apology.”

He certainly won’t be getting very far with the surfacing of this video.