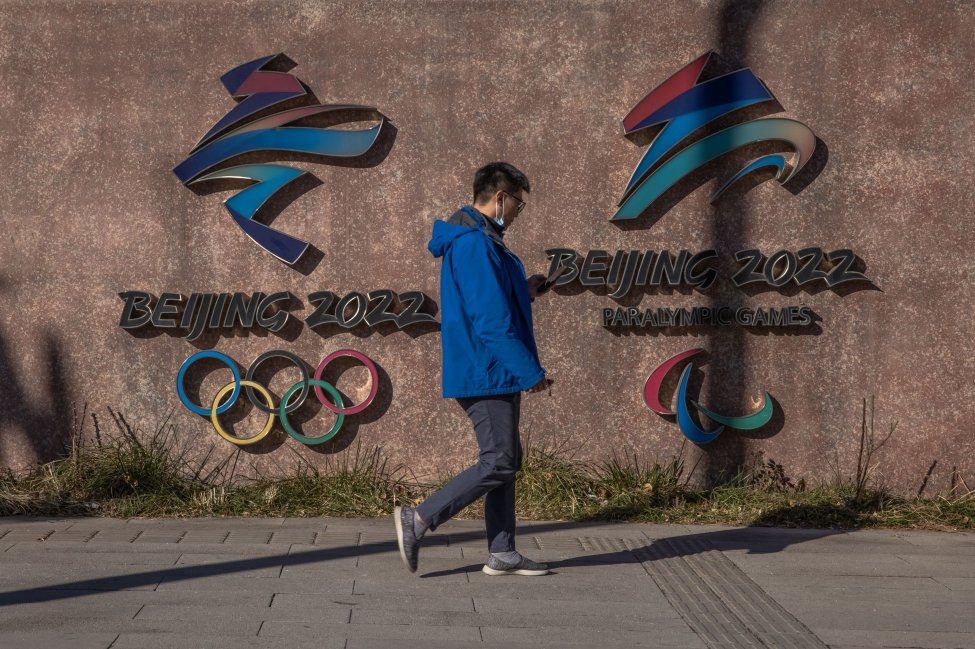 China warned the United States on Thursday to “stop interfering” in the upcoming Beijing Olympics, an apparent reference to a Washington-led diplomatic boycott. File Photo by Roman Pilipey/EPA-EFE

Jan. 27 (UPI) — China’s top diplomat said the United States should stop meddling in the upcoming Beijing Winter Games and warned against “playing with fire” on the Taiwan issue on Thursday.

Foreign Minister Wang Yi made the remarks during a call with U.S. Secretary of State Antony Blinken on Thursday Beijing time, according to a statement from the Chinese foreign ministry.

“The top priority at the moment is that the U.S. should stop interfering with the Beijing Winter Olympics, stop playing with fire on the Taiwan issue and stop creating small anti-China cliques,” Wang said, according to the statement.

Washington is not sending official representation to the Beijing Olympics, which kick off on Feb. 4, in a diplomatic boycott over what the White House called China’s “ongoing genocide and crimes against humanity in Xinjiang and other human rights abuses.”

Researchers say that an estimated 1 million predominantly Muslim Uighurs have been held in re-education camps in China’s Xinjiang Province and have been subject to abuses that include torture, forced labor and forced sterilization.

A handful of allies including Britain, Japan, Australia and Canada have joined in the diplomatic boycott, which China has referred to as a “farce” and against the spirit of the Olympics. American athletes will still participate in the Games.

Wang’s warning about Taiwan comes after Beijing sent dozens of warplanes through Taipei’s air defense identification zone, or ADIZ, this week in its largest show of force in months.

China considers Taiwan a breakaway province and has vowed to retake it by force if necessary.

The incursion came as the U.S. Navy held joint drills with Japan in the nearby Philippine Sea and conducted freedom of navigation operations in the South China Sea, drawing condemnation from China.

Washington lawmakers also unveiled a bill on Tuesday that looks to bolster U.S. chip manufacturing and improve ties with Taiwan in order to boost competitiveness against China.

The State Department readout of the call did not mention the remarks by Wang.

The two diplomats also discussed the ongoing crisis on the Ukraine border, where Russia has massed more than 100,000 troops amid concerns of an invasion.

Blinken “underscored the global security and economic risks posed by further Russian aggression against Ukraine and conveyed that de-escalation and diplomacy are the responsible way forward,” the State Department readout said.

Wang said that all parties should remain calm and abandon a “Cold War mentality,” according to the Foreign Ministry statement. He added that Russia’s “reasonable security concerns should be taken seriously and resolved.”

'How the state tried to silence my abusive agent expose'

‘I’m a Rasta, I’m British, I’m an officer and a commando’