Jan. 27 (UPI) — Barry Cryer, a British comedian and writer best known for his work on sketch shows The Two Ronnies and Morecambe and Wise, has died at the age of 86.

Barry Cryer died Tuesday while being surrounded by family at Northwick Park Hospital in Harrow, England, his family confirmed on Twitter Thursday. A cause of death was not disclosed.

“Dad was a talented comedy writer and comedian in a particularly golden vintage. Incidentally he never really liked the terms ‘comedy writer’ or ‘comedian’ instead preferring hack and entertainer, and always thought the term ‘national treasure’ meant he’d just been dug up,” his family said.

He was additionally a panelist on BBC radio show I’m Sorry I Haven’t a Clue.

Barry Cryer recently started a podcast with his son Bob Cryer titled Now, Where Were We? that features interviews with Stephen Fry, Danny Baker, Mirian Margolyes and Sanjeev Bhasker.

“Such sad news, one of the absolute greats of British comedy, Barry Cryer, is no more. A glorious, gorgeous, hilarious and gifted writer and performer who straddled all the comic traditions. Universally beloved…farewell, Baz,” Fry said on Twitter.

Barry Cryer is survived by his wife Terry, sons Bob, Jack, David and Tony, seven grandchildren and a great-grand daughter. 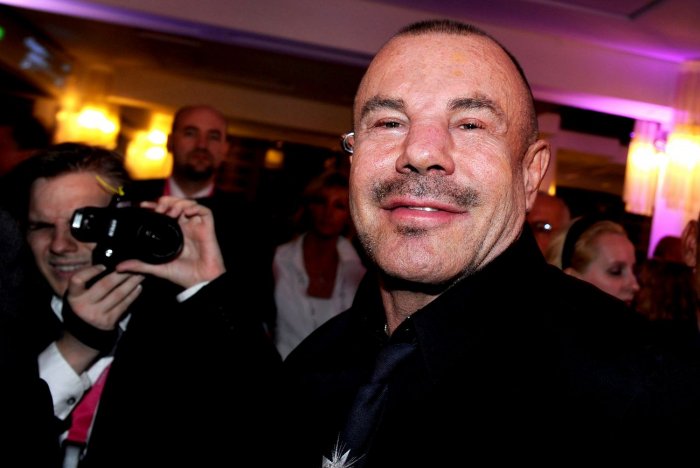 Manfred Thierry Mugler attends the world premiere of the show “Yma” at the Friedrichstadt Palast in Berlin on September 2, 2010. The designer died at the age of 73 on January 23, 2022. Jens Kalaene/EPA-EFE