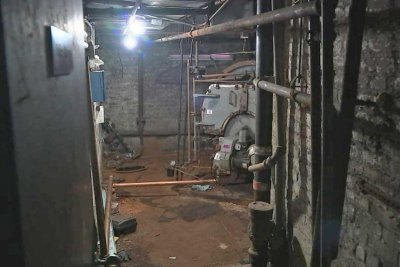 Jan. 25 (UPI) — An off-Broadway play appropriately titled Perfect Crime had to cancel some performances due to a real crime — someone stole the copper pipes from the theater’s basement.

Catherine Russell, general manager of the Theater Center on West 50th Street in New York City and lead actress in Perfect Crime, said she discovered something was amiss when the water and heat weren’t working on Friday.

Russell said she went into the building’s basement.

“I turned the water on and I realized water was spraying everywhere because there were no pipes to fill the water,” Russell told WLNY-TV. “I discovered that thieves had taken all the copper pipes.”

Russell found a door in the basement had been shattered and there were bullet casings on the floor. She said security cameras captured another attempted break-in on Sunday.

The theater had to cancel about 12 performances between Perfect Crime and The Office: A Musical Parody, another show at the same venue.

Russell said police haven’t made any arrests in the theft. She said repairs cost about $20,000.

“I got a weekend off and better piping and better security, so it has a happy ending,” she said.