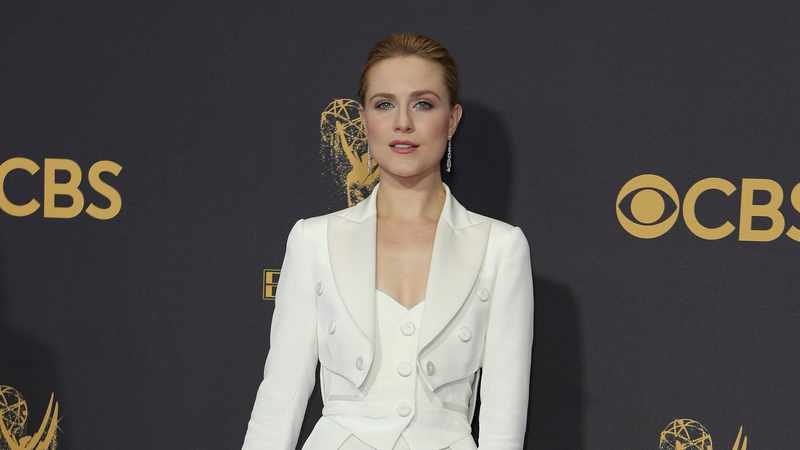 Evan Rachel Wood has claimed that Marilyn Manson “essentially raped” her while filming a music video.

The 34-year-old actress who was in a relationship with the singer between 2007 and 2010, has claimed that her former fiancé who has been accused of sexual and physical abuse by multiple women, acted inappropriately during the filming of the video for his 2007 single “Heart-Shaped Glasses (When the Heart Guides the Hand)”.

Speaking in a new documentary “Phoenix Rising” – which tells the story of her life and career – Evan said of the intimate scenes: “It’s nothing like I thought it was going to be. We’re doing things that were not pitched to me.

“We had discussed a simulated sex scene, but once the cameras were rolling, he started penetrating me for real. I had never agreed to that.

“I’m a professional actress, I have been doing this my whole life, I’d never been on a set that unprofessional in my life up until this day.

“It was complete chaos, and I did not feel safe. No one was looking after me.”

The “Westworld” actress said the video shoot was a “traumatising” experience, adding that even the crew found the experience “uncomfortable”.

Evan said: “It was a really traumatising experience filming the video. I didn’t know how to advocate for myself or know how to say no because I had been conditioned and trained to never talk back – to just soldier through.

“I felt disgusting and like I had done something shameful, and I could tell that the crew was very uncomfortable and nobody knew what to do. I was coerced into a commercial sex act under false pretences. That’s when the first crime was committed against me and I was essentially raped on camera.”

Evan first accused Marilyn of “horrifically abusing” her last February and claimed that her ex-fiancé “brainwashed” her and “manipulated her into submission”.

Marilyn has denied Evan’s claims that he “essentially raped” while filming the music video.

The 53-year-old musician denied any wrongdoing in a statement through his lawyer to E! News, which said the musician, “did not have sex with Evan on that set, and she knows that is the truth”.

Manson – whose real name is Brian Warner – has been accused of sexual and physical abuse by multiple women, which too he has denied.