At a time when the entire Nation of Ghana is mourning the tragedy at Bogoso, controversial social commentator and former AMG affiliate, Showboy, sees such a delicate moment as this as a good time to play the bad game of Blame!

As to why Showboy would blame Fameye for the recent explosion at Bogoso is beyond our comprehension. But that is what exactly the former did in a post under Rapper, Sarkodie’s Facebook post when he made a post of condole to the people of Bogoso.

Fameye who was recently crowned as ‘Wasa Nyankonton’ is yet to respond to Showboy’s claim.

It is however worth a rift Showboy has with Fameye after claims were made of the latter failure to honor his part of a contract even after he had been sent money according to Showboy but the ‘Nothing i get’ hitmaker is again yet to respond to such claims!! 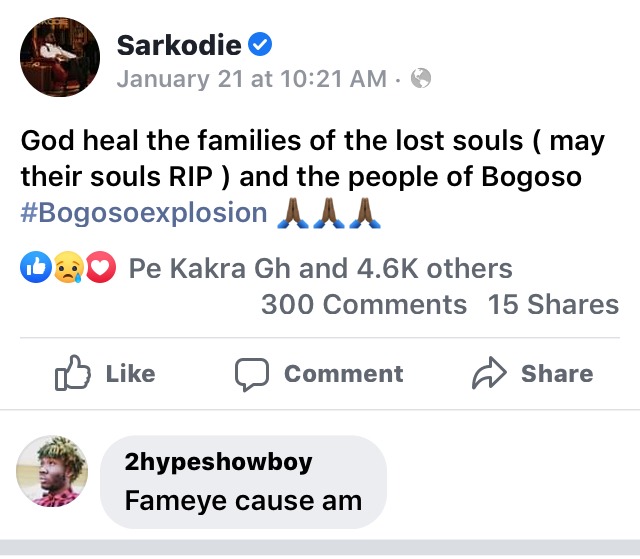 Showboy is currently serving his Jail term for his role in the death of another AMG affiliate, Junior.

Content created and supplied by: AJArthurOpare (via Opera
News )