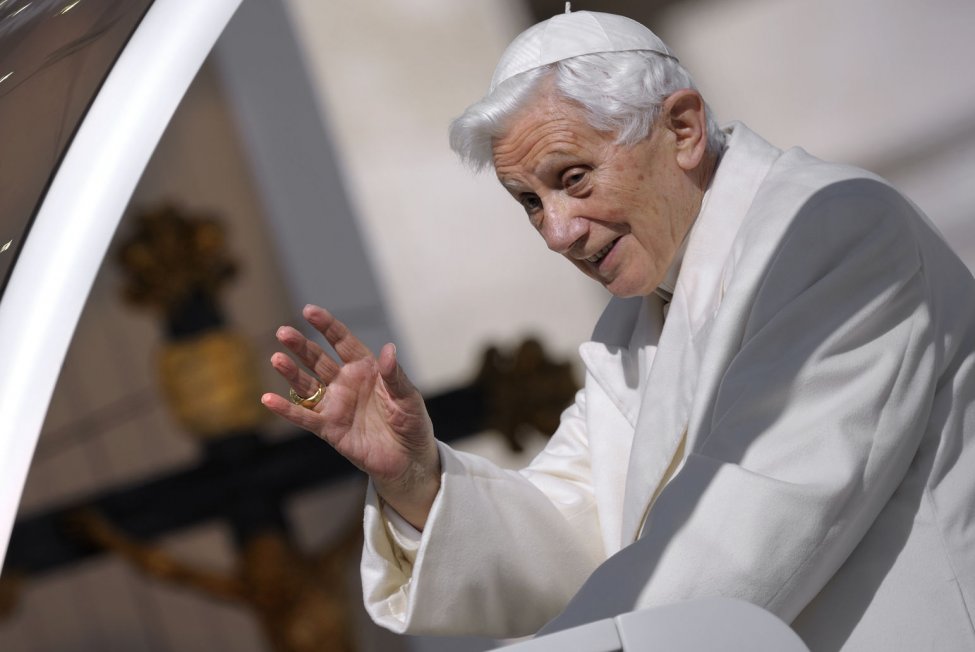 Pope Benedict XVI is shown speaking during his final general audience before his retirement, in St. Peter square at the Vatican, on February 27, 2013. File Photo by Stefano Spanziani/UPI | License Photo

Jan. 24 (UPI) — Pope emeritus Benedict XVI on Monday admitted that he attended a key 1980 meeting on the Catholic Church’s handling of child sex abuse cases in the Archdiocese of Munich, following an earlier denial.

In a statement issued to the German Catholic weekly Die Tagespost, the 94-year-old retired pontiff apologized for incorrectly telling investigators that he was not present at a meeting of archdiocesan officials on Jan. 15, 1980, blaming the discrepancy on an “editing error.”

Archbishop Georg Gänswein, Benedict’s private secretary, said in the statement the pope emeritus “would now like to make it clear that, contrary to what was stated during the hearing, he took part in the ordinariate meeting” 42 years ago.

“The statement to the contrary was therefore objectively incorrect,” he said, adding that Benedict “would like to emphasize that this was not done out of bad faith, but was the result of an error in the editing of his statement.”

The admission comes four days after a long-awaited report accused Benedict of mishandling several instances of sexual misconduct during the 1970s and 1980s, long before he became pontiff of the Catholic Church.

The report ordered by the Munich archdiocese identifies four cases in which it says Pope Benedict failed to act to prevent child sexual abuse.

In one of those cases, investigators with the German law firm Westpfahl Spilker Wastl said that Benedict had accepted a priest back into the Munich archdiocese after he’d been criminally convicted of sexual abuse.

The report cites the case of Rev. Peter Hullermann, who was accused of abuse in the 1970s and then transferred to the Munich archdiocese in 1980, where he continued to do church work with children.

Benedict, who strongly denies cover-up allegations, submitted 82 pages of material to researchers compiling the report. Then known as Cardinal Joseph Ratzinger, he ran the Munich archdiocese from 1977 to 1982.

Deadline approaches for officials set to be named by Sue Gray