Rafiyatu Dawud from Tamale is 30 years old who has narrated her story about what her mother told her before she died. Rafiyatu said she started schooling at Forces Basic School at Burma Camp later she went to Action Progressive Institute and completed it in 2007. She furthered her education to the University but she dropped out in the first year. According to the woman, her parents got divorced when she was a young girl. Later her mother fell sick, boils developed all over her body.

They applied herbal medicine on it but her mother told her not to go to the Mosque again but rather be a Christian before she died. Part of her mother’s family were Muslims and the other part too were Christians. Her father who was soldier and also a Muslim came for her after the death of her mother, at that she time was a Christian. Her father got married again but the stepmother maltreated her. Rafiyatu’s father too did not do anything about it. Rafiyatu went to stay with her grandmother, one day when she returned from lectures her grandfather was complaining about his missing chequebook and wallet. 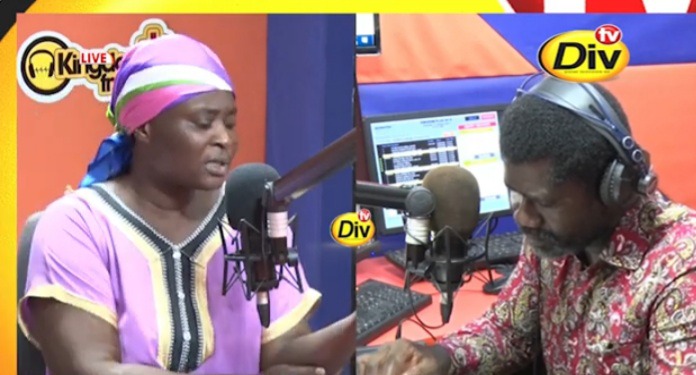 The grandfather blamed her for stealing the money and the chequebook meanwhile she has not taken it. This incident made her pack out of the house and also drop out because she didn’t get any money to pay for her school fees. She has to go to stay with her a guy she met at a hostel at Tamale. When the guy completed his school, he was transferred to Takoradi, she too went with him, one day she had a dream and she was wearing white attire with her boyfriend and some girls, she saw a tall man who was also wearing white clothes, when the man speaks every place will be shaking, the man told her that she wanted to steal his gold but the woman replied him that they were just passing by.

Three months later she got pregnant but she decided to give birth because she has already done one abortion. After giving birth her boyfriend’s father sent someone to Rafiyatu’s father house to asked her hand in married but it was her stepmother who was in the house at that time. She left a message for the father but she did not inform her husband about it. They never gets a reply from them so they were not able to get married. They still stayed together, later her boyfriend lost her job and that was when she became a devoted Christian. She asked her boyfriend to help her in prayers and luckily he got another job. But she went through challenges but she kept on having bad dreams.