FC Union Berlin in an official post has confirmed the signing of a 22-year-old Hungarian midfielder from Slovakia side – DAC Dunajská Streda for an undisclosed fee. András Schäfer played a key role in the Hungary World Cup qualification and ended his spell with the Slovakia side with 3-goals and 2-assists in 17-outings. English Attacking midfielder and winger – Patrick Roberts has officially sealed a transfer move to Sunderland for an undisclosed fee as of today (21/1/22) from Manchester City to end his six and a half year spell with the club. Sassuolo has agreed on a deal for a Norwegian sensational 20-year-old winger from Rosenborg BK until the end of the season. Emil Konradsen Ceide recorded 5-goals and 3-assists in 24-outings for the Norway top-tier this season. 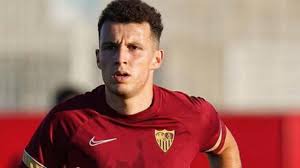 Spanish top-tier, Cadiz has confirmed signing Morocco Winger – Oussama Idrissi on loan from Sevilla until the end of the season. The 25-year-old since his move to the Spanish Capital 2-years ago has fallen out of favor with the Sevillistas and he’s set to impress with Cadiz. Udinese in an official post has confirmed signing Arsenal 28-year-old Spanish Center-Back on loan. however, Pablo Marí’s loan details were not disclosed. Borussia Dortmund has sent their sensational youth winger – Ansgar Knauff to Eintracht Frankfurt on loan for a year and a half to gain more first-team experience. Former RB Salzburg/Leipzig attacking midfielder and winger – Hannes Wolf has signed a loan deal with England’s second-tier side Swansea City from Borussia M’gladbach. The of the deal was not revealed. Ghanaian forward – Kwasi Okyere Wriedt has sealed a transfer move to Germany Bundesliga 2 side – Holstein Kiel from Dutch top-tier – Willem II for a reported fee of $568k. The 27-year-old ended the season with 4-goals and 2-assists for the Dutch side. 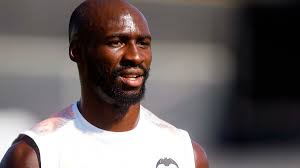 Former Manchester City Frenchman – Eliaquim Mangala has been confirmed by Saint-Étienne as their 5th signing this season. Mangala, 30, signed on a free transfer after he was released by Valencia 6-months ago.