The Klagon Police of the Tema Regional Police Command is on the lookout for a nursing mother after she was alleged to have abandoned her baby in a box at midnight. The unidentified baby was found this morning by one Adu Darko Felix; a resident of Wanndy Estates at Tema New Town.

Felix, in his report to the police at 2:00 this morning, confirmed that the baby had been abandoned at midnight and not the 2:00 he found it. I was preparing my notes at midnight when I heard the cries of a baby. The baby, I thought was that of my neighbour, so I ignored it and concentrated on my work until 2 o’clock when I was retiring to bed.

The cries of the baby were so loud from the back of my bedroom. My bedroom faces the road, so I could hear it cry in pain. I got out and there was this box in front of the gate with the baby inside.

I cried and wept because the weather wasn’t favourable to have abandoned the baby alone in it, Felix said to the Klagon Police this morning before taking the baby to the Marie Stoppes Clinic at Tema New Town. The baby was referred to the Tema General Hospital at 3 o’clock this morning where he was confirmed dead.

According to the Police report, the baby had suffered pneumonia and that killed him. He had inhaled the toxic harmattan air into his lungs when he started crying and that lead to his lungs and heart getting infected with toxins and bacteria. The cold killed him, doctors at Tema General Hospital confirmed to the police at 5 o’clock this morning after the baby was admitted to the hospital at 3. 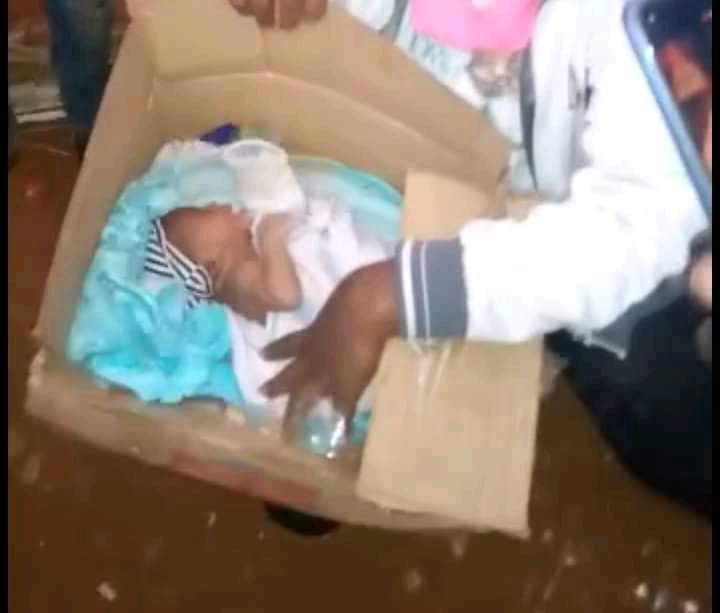 Investigations are still ongoing and the police hope to find the mother and prosecute her for the death of her baby.

“I Had A Clear Vision; The Victory Will Be Sweet: Prophet Nigel Gaisie Drops Another Prophesy