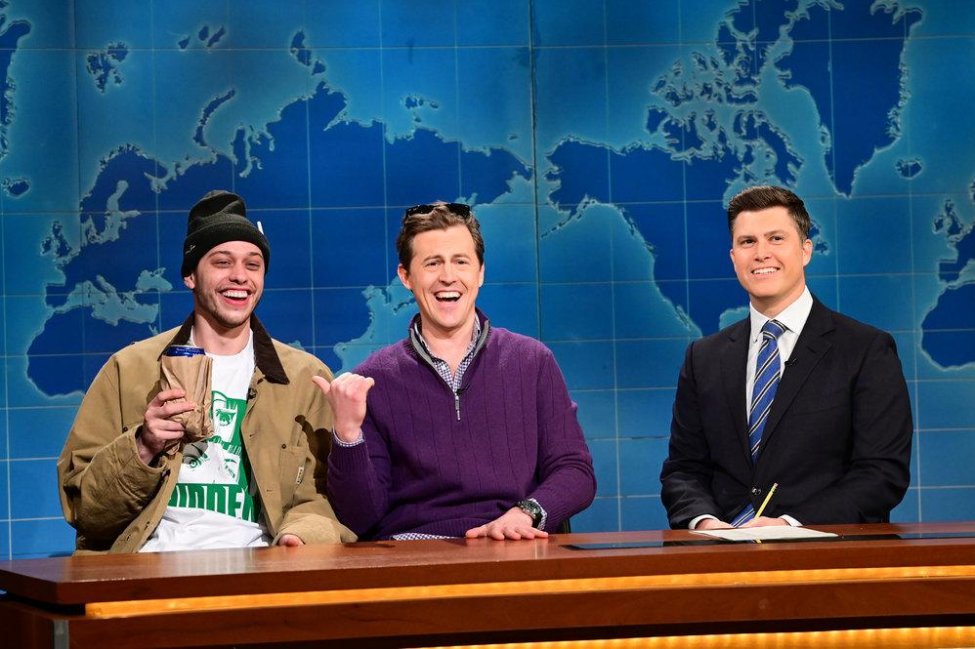 They are Staten Island natives.

“We bought a ferry — the windowless van of the sea!” Davidson declared, while holding a brown paper-wrapped beer can.

“Even the mayor [Eric Adams] tweeted about it, which is how I found out we have a new mayor. What happened to [Mike] Bloomberg?” Davidson quipped.

“We’re boat people now, Colin,” Davidson said. “Well, you always were. You look like you own the yacht people rent out for rap videos.”

“We’re going to keep the boat docked. It’s not going to move under its own power,” Jost said.

Jost, Davidson and Stand comedy-club co-owner Paul Italia placed the winning $280,100 bid for the John F. Kennedy ferry, which shuttled commuters between Staten Island and Manhattan for 50 years before it was retired due to “mechanical issues” in August.

The trio plan to find it a permanent waterfront home and convert it into a live entertainment space and event venue.