It is now very clear that, Kwame Asare Obeng commonly known as A Plus do no longer want the current Minister for Education Honourable Yaw Osei Adutwum to continue his duties as the cabinet minister.

A very important personality who has dedicated his life to put the government on its toes is A Plus. The popular musician and Political activist has pinpointed the Educational Minister, Dr Yaw Osei Adutwum as the very person responsible for the current situation of the basic education in the country.

On his Facebook platform, A Plus has called for the minister to be sacked. 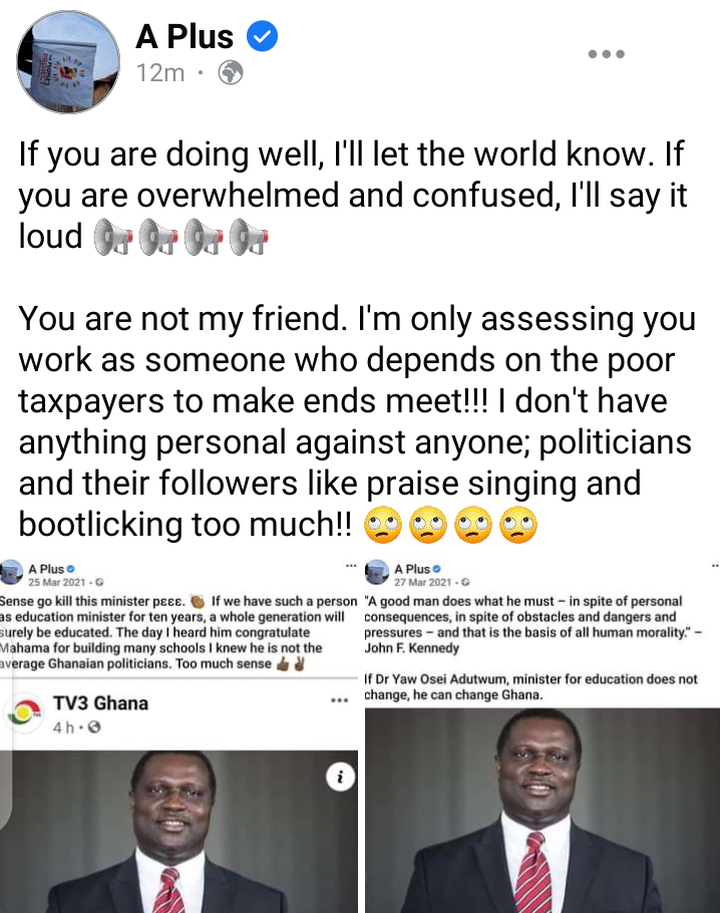 On two occasions on the 25th March 2021 and 27th of that same month, he praised the minister, applauded him for his good works but on the latter part he specified that, the minister will change Ghana for good but only if he does not change.

Below are the two posts A Plus posted about the minister of education last year. 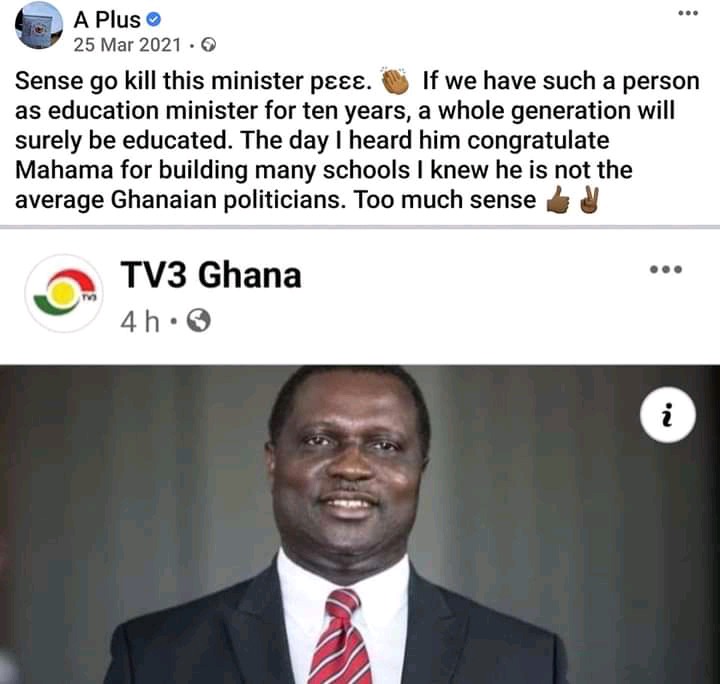 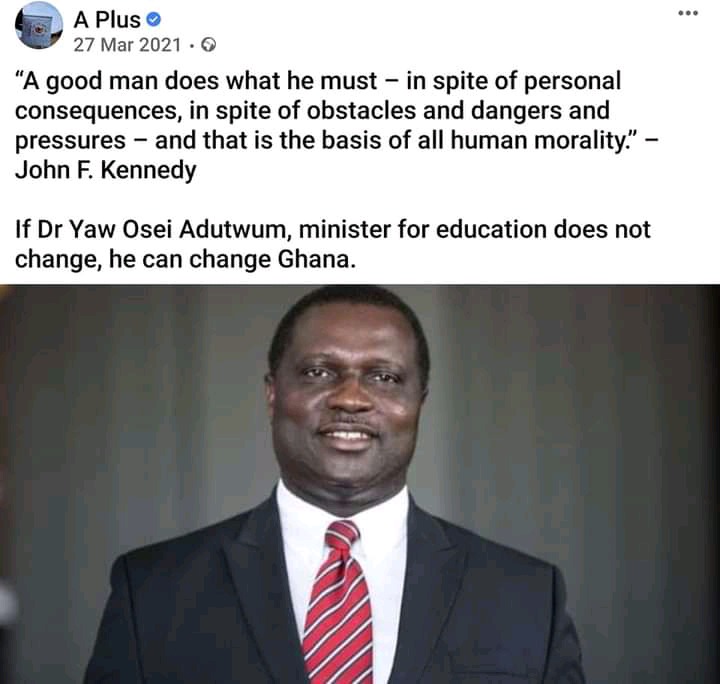 After all these, he then clarified his point by saying that, if you are doing well he will let the world know but if you are overwhelmed and confused he will also speak it loud for everyone to hear.