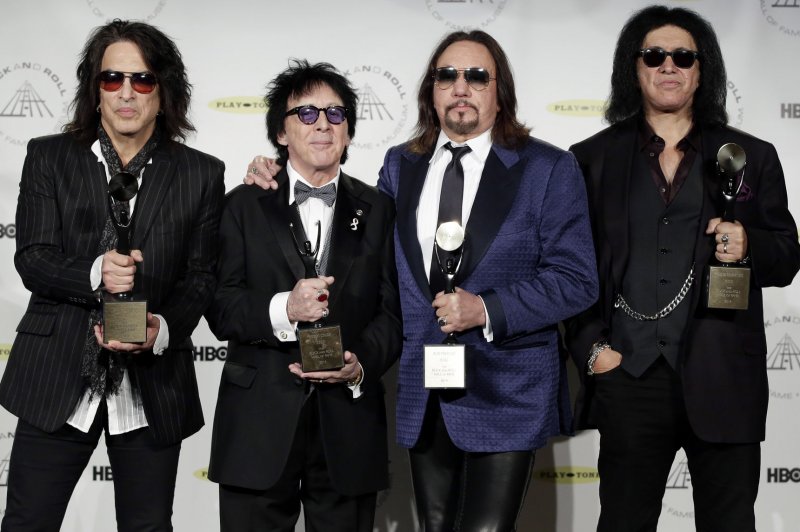 Jan. 21 (UPI) — Kiss released on Friday a new live version of their song “Lick It Up,” which appears on their upcoming album Kiss – Off the Soundboard: Live in Virginia Beach.”

“Lick It Up (Live)” is available to stream through Spotify, Apple Music, Amazon Music, Pandora, Deezer,Tidal and YouTube Music.

The original “Lick It Up” appeared on Kiss’ hit 1983 album of the same name.

Kiss – Off the Soundboard: Live in Virginia Beach will be released on March 11. The album was recorded at the Virginia Beach Amphitheatre on July 25, 2004 during Kiss’ Rock the Nation Tour, which featured the lineup of Gene Simmons, Paul Stanley, Tommy Thayer and Eric Singer.

The album will be available through streaming and in a three LP standard black vinyl set, a two CD set and a limited edition three LP opague green vinyl set.