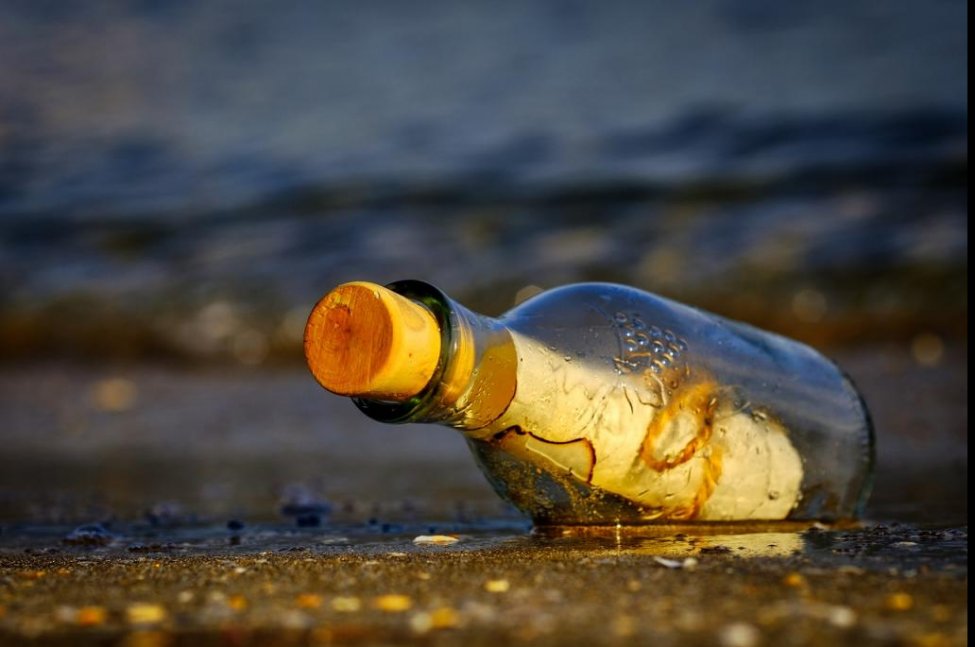 Marty Monson, of King Island, Australia, found a message in a bottle washed up along the Sea Elephant River that turned out to have been sent by a King Island resident 25 years earlier. Photo by Atlantios/Pixabay.com

Jan. 19 (UPI) — An Australian man found a 25-year-old message in a bottle in a river and found the sender by using social media.

Marty Monson, of King Island, said he found the bottle in early January along the Sea Elephant River and posted photos of it and the faded message he found inside to a community Facebook group.

The message, dated June 14, 1996, was signed by Mark Burton and included contact information, but Monson said the phone numbers apparently were out of date.

“There were a couple of numbers on the message, but being so old, we couldn’t get through,” Monson told The Examiner newspaper.

Burton said he recently received messages from his sister and mother alerting him to Monson’s post, and when he looked he was shocked to see the message in a bottle he and a friend had tossed into the river 25 years earlier.

“It’s one of those things you do as a kid, and you don’t think anything will come of it,” Burton said.

Monson said he was surprised and delighted to receive a message from Burton about his post.

“I just couldn’t believe how long it had been floating around for,” Monson said of the bottle.