A young Nigerian lady, Benita Okwuibe lost her thirty-three (33) year old husband, Jeremiah Onyedika Anyaegbunam last year after he allegedly got infected with “elephantiasis”. The couple had been married for less than a year when this sad incident occurred. At the deceased’s funeral on Thursday, January 13th of this year, in Anambra State, Benita who hails from Enugu State was shot alongside her mother and co-wife at the burial service.

According to a claim on Facebook by one Princess Oma Eneh, the wife of the late man was targeted along with two other people who are her mother and the co-wife on the night of the burial and were manhandled by some unknown men who accused her of killing her husband and demanded reasons why from the three targets. Benita claimed to be innocent and pleaded with the men but her pleas fell on their deaf ears as they gunned down the three of them and left them to die. 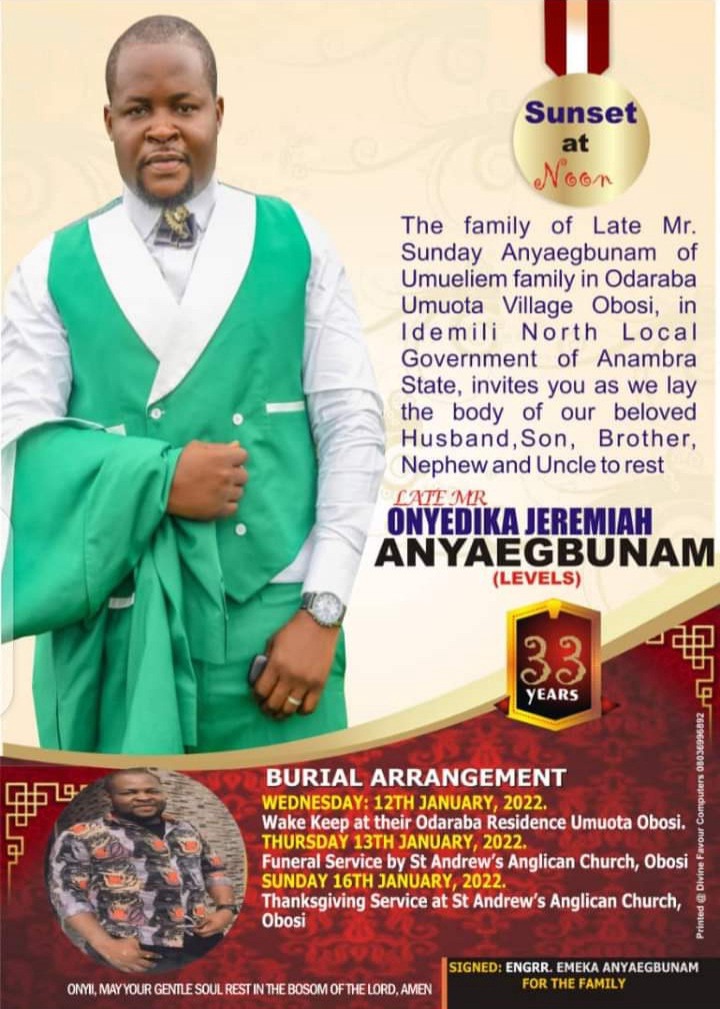 The mother of Benita and the co-wife gave up the ghost on the spot but Benita survived and is in a critical condition. The Facebook user further alleged that Benita’s attackers were hired by the family of the deceased man because they blamed her for his death and also her inner and outer beauty. She claimed what had happened to to the lady and her family was “jungle justice” and called upon the law of the country to take it’s course. Read the full post below: 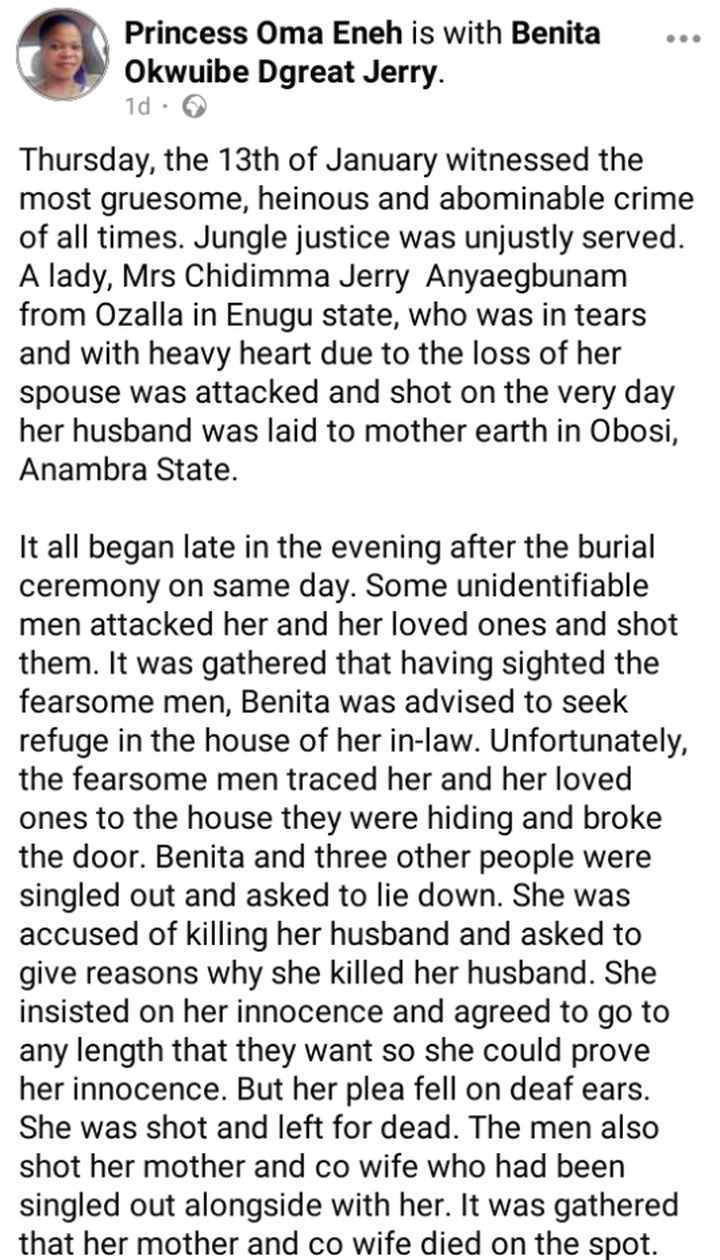 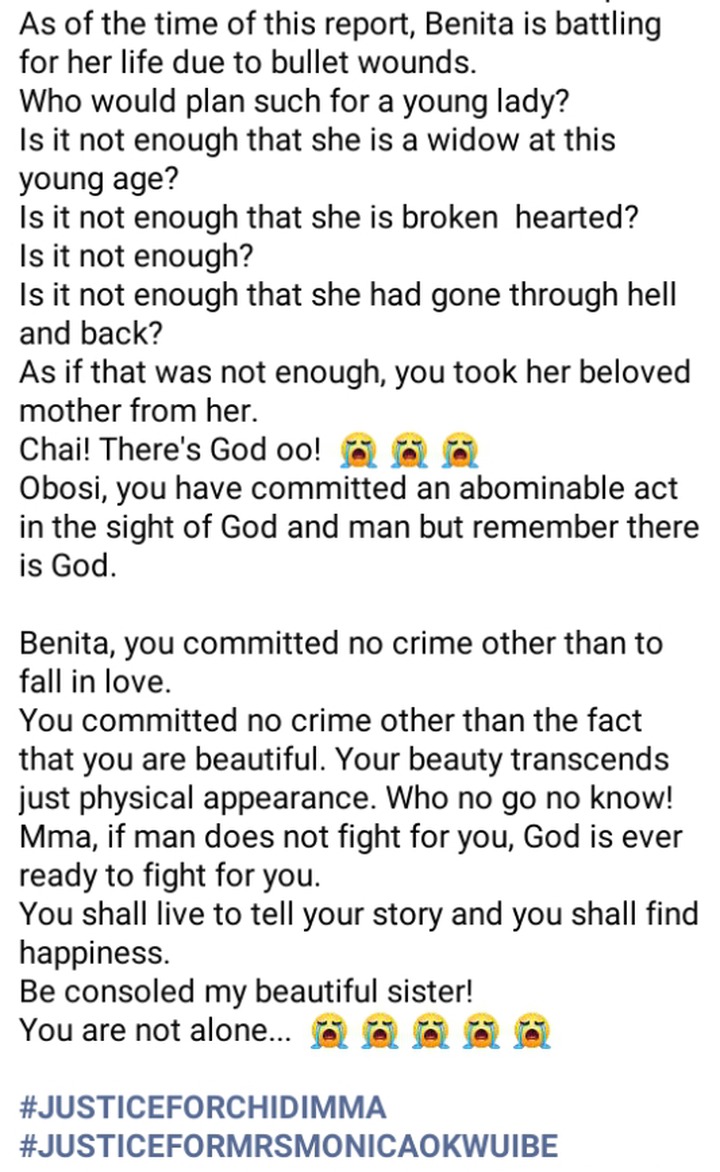 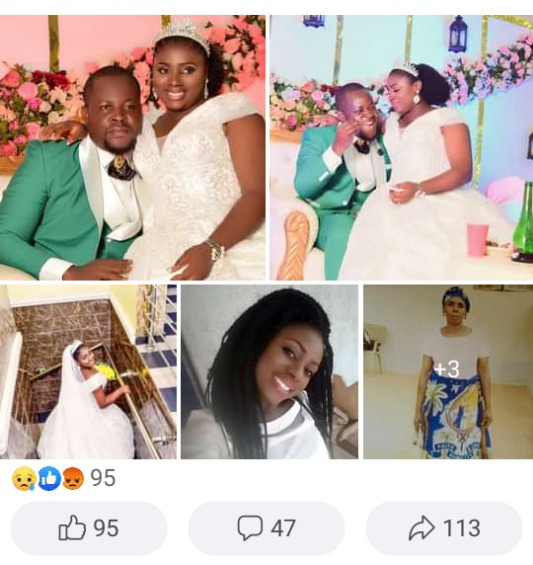